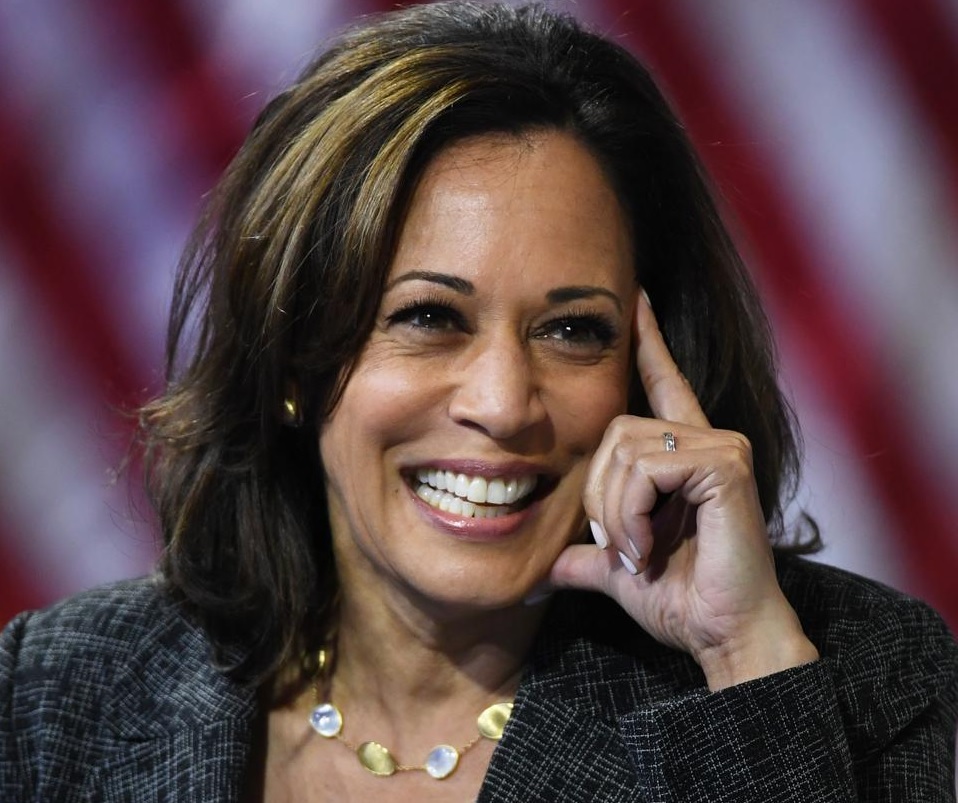 Sen. Kamala Harris is etching her name in history and the latest is as the first Black woman chosen to be the running mate of a major party.

Joe Biden, the presumptive Democratic candidate, tapped Harris to be his vice president on the ticket. If the duo were to win in November, Harris would be a barrier breaker four times over. She’d be the first Black woman vice president, the first one of Indian descent, and the first woman to be a heartbeat away from the presidency.

She’d also be the first HBCU graduate to be in such a position of power. 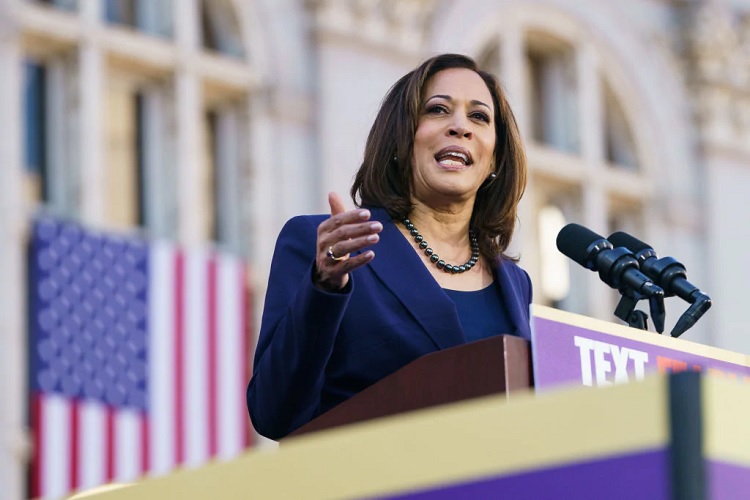 In recent weeks, the ambition of Harris, 55, has been chided but the steely resolve has gotten her to this point.

“There will be a resistance to your ambition, there will be people who say to you, ‘you are out of your lane,’” Harris said during a livestream conversation for the Black Girls Lead 2020 conference last week. “They are burdened by only having the capacity to see what has always been instead of what can be. But don’t you let that burden you.”

“People will be fine when you take what they give you, but oh don’t take more…There will be a RESISTANCE to your ambition. There will be people who say to you, you are out of your lane…don’t you let that burden you”<–a SERMON from #KamalaHarris speaking to #BlackGirlsRock pic.twitter.com/iQU34MolBl

Harris is the daughter of immigrant academics who instilled the importance of education in her and sister Maya Harris. The younger sibling offered congratulations on her latest accomplishment.

So incredibly proud of you, sis!
❤️🤍💙 pic.twitter.com/sm4ctGCNPU

Shyamala Gopalan and Donald Harris met at Berkley University, bonding over their shared passions in civil rights. Gopalan, Indian, would go to become a cancer researcher while her Jamaican born husband became a professor of economy at Stanford University.

The couple divorced when their eldest was 7. Gopalan raised her daughters as a single mother and guided them through their formative years. She died of colon cancer in 2009.

.⁦@KamalaHarris⁩ was raised by her single mother, who confronted racism for her Indian accent, believed to be less-than despite being highly educated. Fighting for women of color has been a constant refrain in Harris’ political life. pic.twitter.com/VY8hbr8OdP

Harris wanted a different experience from her predominantly all-white schooling where she was bused when it came to college. She chose to attend Howard University in Washington, D.C. She pledged Alpha Kappa Alpha Sorority, Inc. while at the HBCU, making the mantra of SKEE WEES as a central part of who she is.

“When you’re at an HBCU, especially one with the size and with the history of Howard University — and also in the context of also being in D.C., which was known forever as being ‘Chocolate City’ — it just becomes about you understanding that there is a whole world of people who are like you,” Harris told the Washington Post last year.

“It’s not just about there are a few of us who may find each other.” 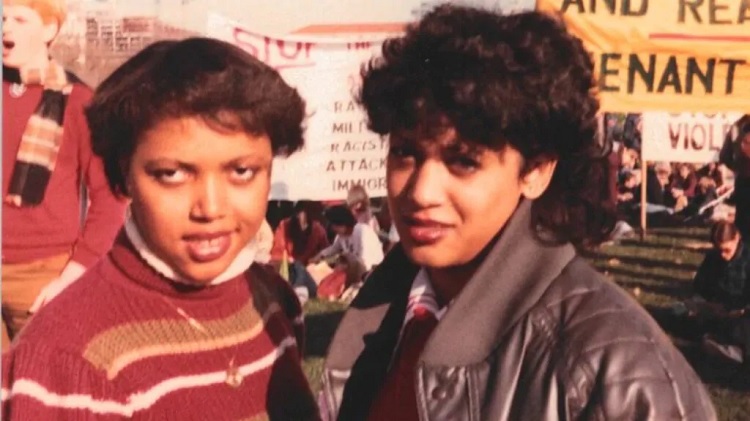 Harris served from 2003 to 2011, focusing on truancy and recidivism. She was elected to be the attorney general of California in 2011. In both instances, Harris was the first Black woman to hold these positions.

President Donald Trump was quick to call Harris “nasty” and “Phony Kamala” upon the announcement of her selection as Biden’s VP. However, he donated twice to her campaigns for a total of $6,000 when she ran for attorney general according to public records viewed by NBC News. 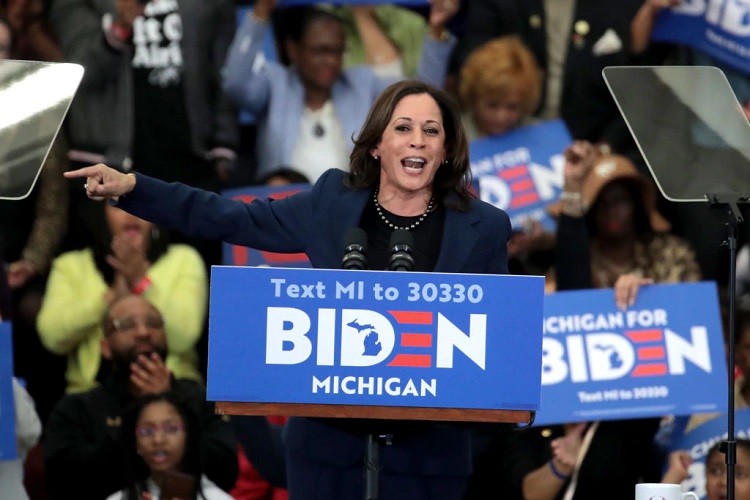 Harris’ time as the top prosecutor in California has led some to demand atonement. She’s been criticized for her stances on the death penalty and, in particular, for not seeking it when police officer Isaac Espinoza died in 2004, truancy, and the transgender community. She was also believed to be timid when it came to reforms.

“The decision I made was, ‘I’m going to try and go inside the system, where I don’t have to ask permission to change what needs to be changed,’” she said earlier this year.

Still, she acknowledged that more could’ve been done.

“I know we were able to make a change, but it certainly was not enough,” she added. 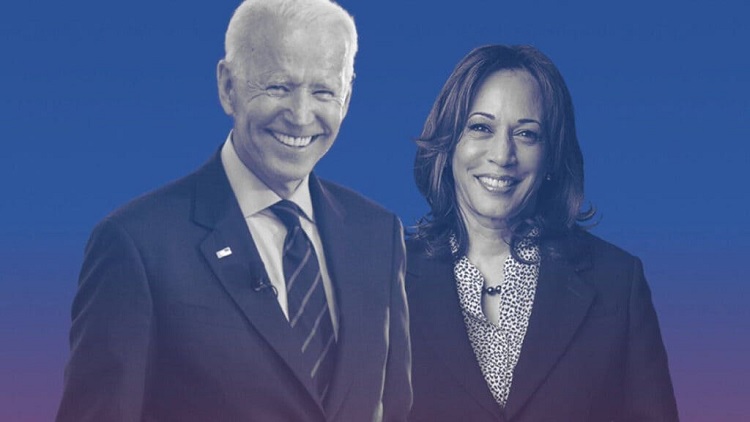 “There were periods, when I was taking the heat,” Harris wrote in her 2019 memoir, “when Beau and I talked every day, sometimes multiple times a day.”

Beau died in 2015 of cancer but his memory helped his father make his decision.

“He had enormous respect for her and her work. I thought a lot about that as I made this decision. There is no one’s opinion I valued more than Beau’s and I’m proud to have Kamala standing with me on this campaign,” Biden said in his VP announcement.

Harris went on to become the second Black woman and first South Asian to be elected to the Senate in 2016. She quickly made a name for herself in the upper chamber, rated as the fourth most progressive member and going viral for her precise questioning of Supreme Court Justice Brett Kavanaugh at his confirmation hearing.

As her name and profile grew, Harris made the decision to announce her run for the presidency in January of last year. She paid homage to Shirley Chisholm in her bid.

The meteoric rise Harris experienced in politics came to a momentary halt when she suspended her ‘Kamala Harris for the People’ campaign last December. Through it all her husband, Douglas Emhoff, remained by her side.

The two met on a blind date and married to since 2014. Her sister Maya officiated the vows. The entertainment lawyer, who is Jewish, has been steadfast at her side — win or lose.

Emhoff has two children from his previous marriage who reportedly refer to her as “Momola.”

After the announcement of her VP pick, he was ready to lead the charge.

“America, let’s do this!” he captioned a tweet featuring his wife and Biden.

America, let’s do this! pic.twitter.com/3a62UmB1PN

The Biden/Harris ticket will have their first joint appearance together on Wednesday in Delaware.