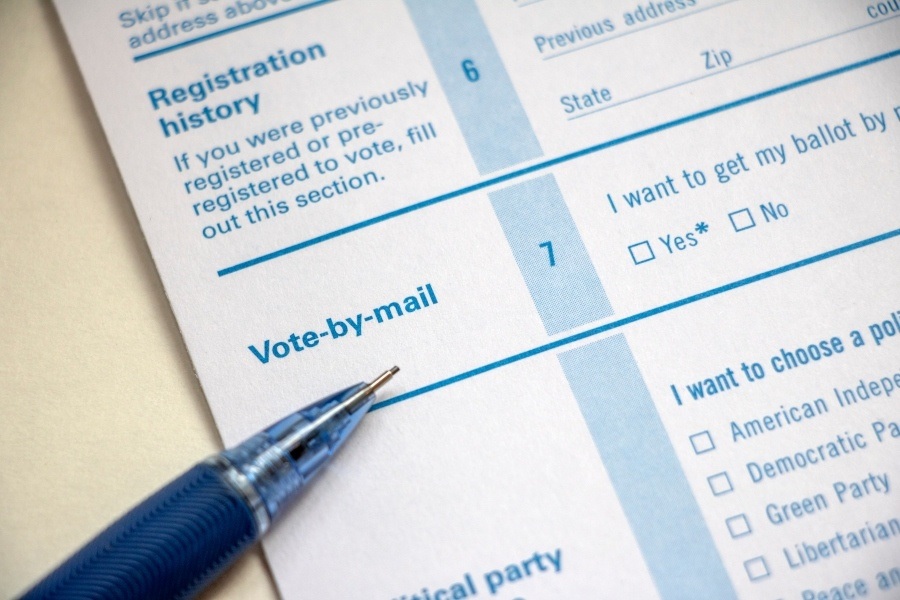 Doubling down on increasing the use of voting by mail in November, Harris County will send every registered voter in Texas’ most populous county an application for a mail-in ballot for the general election.

The move, announced Tuesday by the county clerk’s office, puts Harris County — which has more than 2.4 million residents on its voter roll — ahead of most other counties when it comes to proactively working to bump up the number of voters who may request mail-in ballots. Election officials expect a record number of people to vote by mail this year, but not all of Harris County’s registered voters will ultimately qualify.

Texas is one of just six states that hasn’t opened up mail-in voting to any voter concerned about getting COVID-19 at a polling place. The state’s eligibility requirements remain strict — voters can only qualify for a ballot they can fill out at home if they are 65 or older, if they will be out of the county during the election period, if they cite a disability or illness, or if they’re confined in jail but still eligible to vote.

But in sending out ballot applications to every voter, Harris County is employing an initiative that several states have carried out for primary elections during the coronavirus pandemic.

Harris County Clerk Chris Hollins has said he was encouraged by the county’s return rate ahead of the July primary runoff election when it sent applications to every registered voter who was 65 or older. Typically, voters must print out or request applications for ballots by mail from the county or the state and deliver or mail them to their local elections office. In between the March primary election and the July primary runoff, the county saw a more than 100% increase in vote-by-mail applications, Hollins said.

“If you’re eligible to vote by mail, we want you to vote by mail. It’s safest for you. It’s safest for all your neighbors,” Hollins said in a previous interview, arguing that every additional mail-in voter would make the election safer for those voting in person because they’d have to stand behind one less voter who could potentially infect them. “Voting by mail is the safest way to vote, and all those who are eligible to vote should strongly consider casting their vote in that manner — not only for themselves but as a service, a duty to other residents.”

Texas’ Republican leadership has successfully blocked efforts by state Democrats, civil rights groups and individual voters to expand voting by mail through the courts, echoing unsubstantiated concerns about widespread fraud. But local elections officials are still preparing for a deluge of mail-in applications in the fall from voters fearful of the health risks of voting in person.

Hollins’ office is planning to purchase more mail-sorting equipment and bring on hundreds of temporary workers who will be solely focused on processing voting-by-mail applications and ballots. With thousands of ballot styles to draw up for the general election, the complex endeavor requires ballot requests to be processed by hand.

Applications for mail-in ballots can be dropped off in person before the start of early voting, which begins Oct. 13 for the general election, and local election officials must receive mailed applications by Oct. 23.

The U.S. Postal Service recommends that Texans ask for mail-in ballots no later than 15 days out from Election Day to allow for enough time to receive and return them to the county.