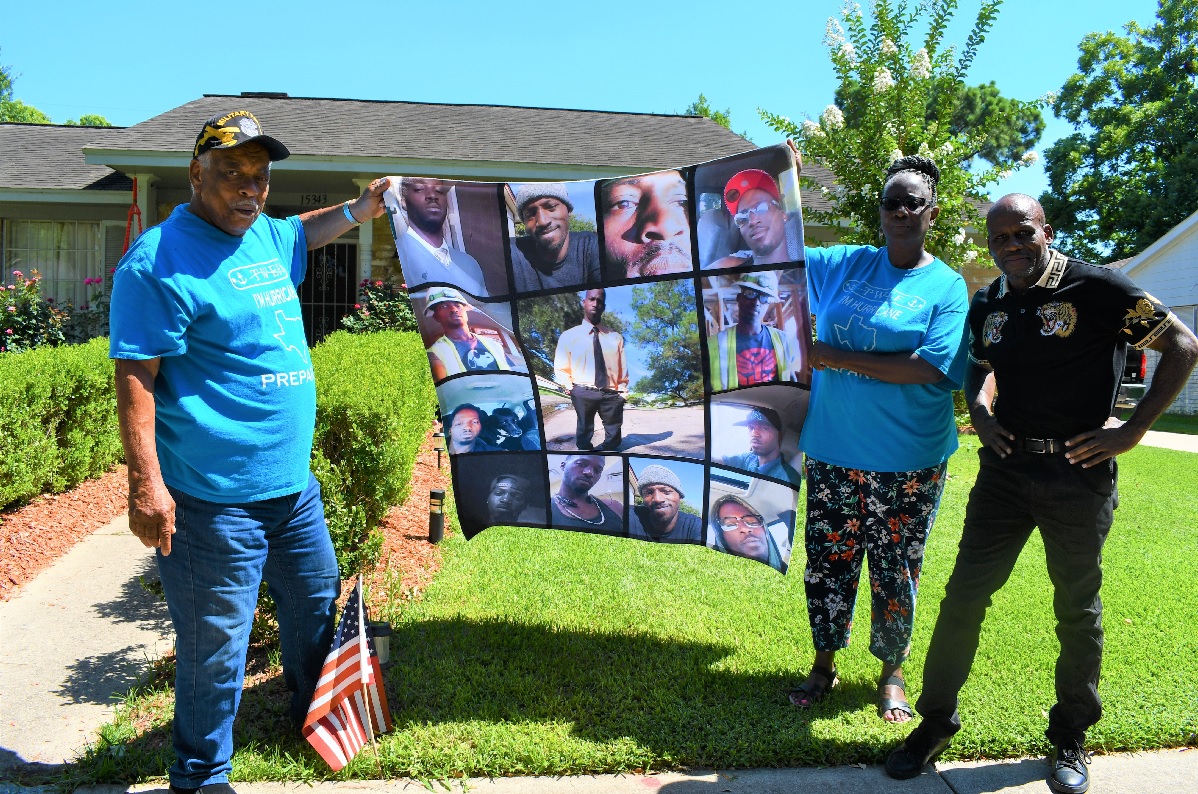 The rash of national killings of unarmed Blacks has overshadowed a local tragedy, the killing of 35-year-old Joshua Johnson around 6 am on April 22, 2020 at the hands of Harris County Deputy Tu Tran, who has killed before. Harris County DA Kim Ogg commented on the case, as well as the spokesman for Joshua’s family, James Hudson, who offers his theory on how Joshua was killed—one that differs from Tran’s explanation. Moreover, Tran’s account is challenged by what neighbors witnessed, as well as a mystery bullet that may provide Joshua with a voice from the grave demanding further investigation. 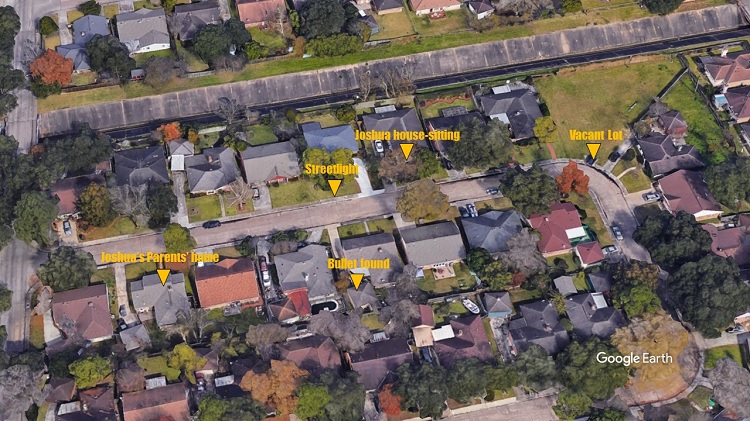 While Tran asserts his vehicle was parked under a streetlight where he was approached by Johnson who Tran said had a flashlight in one hand and gun in the other, multiple neighbors put Tran’s black SUV four-to-five houses away, parked in a vacant lot before, during and after the time of the shooting. Robert Pringle who lives directly across the street from the streetlight in question, looked out his window immediately after he heard shots between 5:30 am and 5:50 am, as did his neighbor to his right. Neither saw a vehicle under that streetlight. Pringle did, however, hear a loud “ping” come from his backyard. When he later inspected his property, he noticed a bullet hole in the garage door inches away from his basketball hoop, and a bullet laying in the driveway.

If Tran’s account is accurate, and he shot Johnson while seated in his vehicle under the streetlight, Pringle and Hudson are at a loss for how that was physically possible. Pringle had four vehicles parked in that driveway in a row, and he asserts that any bullet coming from the direction of that streetlight could not strike his garage where it did. And even if it were possible, the bullet would have had to hit all four vehicles. None were hit.

“This evidence is important because when you’re out at the street you can see that you literally cannot see this (basketball) pole nor can you see that location (where the bullet hit),” Pringle told ABC13. “So, you have to ask yourself, how does this bullet traverse this distance and get into this location?”

“We send Civil Rights Division prosecutors to the scene of every officer-involved shooting, and in every instance, we conduct an independent review and present all evidence to a grand jury so that the community has the ultimate say in whether criminal charges against the officer are warranted or the shooting was justified,” said Ogg, who added that officer-involved shootings are “complex matters that are investigated and sorted out based on the evidence.”

In the meantime, Hudson offers a theory of his own. He believes Tran was parked in the vacant lot as claimed by neighbors. While on stakeout in search for a Black male murder suspect from Mesquite, Tran saw Johnson, a Black male, and pursued him. Johnson, seeing a man with a gun and no identifiable police markings chasing him, ran to his right, in the direction of the streetlight, and away from the gunman. Tran shouted only “Stop.” Hudson, who interviewed nearly all area residents about the incident, claims the neighbor living in the house directly to the right of the vacant lot heard, heard someone yell “Stop,” never identifying themselves as police. Johnson was hit at least once, probably while under that streetlight, then ran in the direction of his friend and neighbor Pringle’s backyard, seeking escape.

Hudson, who believes Tran pursued Johnson there and shot him in the back, said, “There’s no way a bullet wouldn’t shoot straight through that garage door unless it first passed through Joshua. Then it just fell on the ground.”

See this week’s Defender, released on June 25, with more information on the case including 1) a timeline of events, 2) the Harris County Sheriff’s Office’s version of events and 3) a plea for justice from Joshua’s parents.