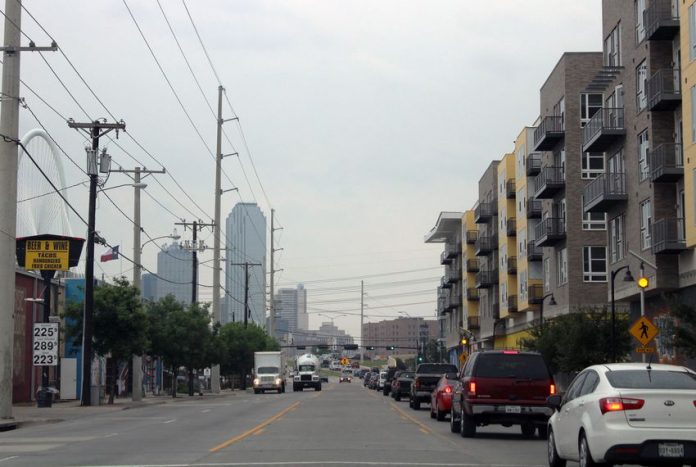 As the number of people looking for an affordable home in a neighborhood they like continues climbing in Texas, a number of factors — income, job locations, car ownership — can open up a bounty of options or act as barriers that keep Texans in uncomfortable places.

And while housing affordability has long been a challenge for people living in poverty, Texas leaders are sounding the alarm about barriers that middle-class residents increasingly face when looking for an affordable place to live.

The Texas Tribune analyzed U.S. Census Bureau data from 2012 to 2016 that show the typical household income in hundreds of Texas ZIP codes — and what people in each ZIP code typically spends on rent or a home with a mortgage. We also looked at the demographic makeup and typical housing costs in ZIP codes to create an interactive tool that readers can use to gauge affordability in their neighborhood and around the state. And we’ve created a toolkit to help Texans start conversations about affordable housing in their communities.

Here are six things to know about what the data say about housing affordability in Texas:

Rent typically eats up more of a paycheck than a mortgage.

Experts recommend that people spend no more than 30 percent of their household income on housing costs, but renters are far more likely to exceed that threshold. That means they have less to spend on other necessities like groceries and child care. High rents in Texas make it more difficult for renters to save enough money to buy a home, said Charlie Duncan, research director at the advocacy group Texas Low Income Housing Information Service.

“You’re already having trouble just making your daily ends meet,” Duncan said. “Forget about trying to save for a 20 percent down payment on a $300,000 home. There’s just no way.”

Some areas look affordable on paper, but are out of reach for many Texans.

When you look at the portion of incomes that go to landlords and the cost of typical rents compared to median incomes, Houston appears to have three of the state’s most affordable neighborhoods for renters — but they’re only affordable for people who make much more than the typical Texas household income of $54,727.

Communities of color and those with mostly white residents face different realities.

Texas ZIP codes where people of color are the majority of residents tend to have lower average incomes than the rest of the state — and those residents typically spend a bigger percentage of their income on housing. Duncan said the situation shows how government-sponsored segregation and discriminatory deed restrictions blocked people of color from building wealth that could be passed down to today’s generations.

“We need to think more intentionally about how to address this deeply entrenched inequality,” he said.

Regardless of race or ethnicity, the geographic clustering of people in poverty also makes climbing the socioeconomic ladder extremely difficult in thoseneighborhoods.

“If all the poor people are concentrated together, you will find a deficit of educated and prepared people,” U.S. Rep. Eddie Bernice Johnson, a Dallas Democrat, said at The Tribune Festival last week.

In Texas’ most expensive ZIP code, it may take more than a job to afford a house.

When it comes to buying a home, experts recommend purchasing a place that costs about 2.6 times a household’s annual income. In Texas, one of the biggest gaps between income and home value was in ZIP Code 75205, which covers parts of Highland Park and University Park in North Texas.

Those two famously affluent enclaves have some of the most expensive houses in Texas — the typical home value is more than $1 million. Yet the typical household income in that area is $125,269 — more than double what the typical Texas household makes, but far less than what lenders would approve for a $1 million home. One reason for the seemingly low income is the ZIP code includes Southern Methodist University. Still, the disparity perplexed Duncan, the affordability advocate. He said it could be that residents there have better access to credit — and more accumulated wealth with which to secure a mortgage.

“They might have more assets to leverage to take out a loan,” Duncan said. “Who knows how that situation has arisen.”

San Antonio’s Stone Oak area is among the state’s most affordable for renters. But expect a long commute.

Experts recommend that Texas households who earn the state median of just under $55,000 per year spend no more than $1,368 a month on rent. That’s almost exactly the typical rent in San Antonio ZIP code 78258, which covers the Stone Oak area on the northern outskirts of the city.

“Part of it is supply and demand,” Ramírez said. “We’re not producing enough housing for families and individuals within the city and particularly in neighborhoods where residents work.”

An area near downtown Austin is affordable for many new home buyers. But they’re pushing out long-time residents.

That fast-changing area, which was historically a place where poorer residents could afford to live, has seen a lot of redevelopment in recent years as city centers become more popular with young, high earning workers. That’s making it harder for existing residents to afford their longtime neighborhood. And Montopolis in particular was recently identified in a University of Texas at Austin report as being at high risk for displacement caused by gentrification.

Researchers who wrote that report said that city data and figures more recent than what the Census Bureau has collected show that new residents in community of color are more likely to be white and affluent. UT School of Law clinical professor Heather Way, one of the report’s authors, said those are signs that existing low-income residents could be pushed out.

“It did show some more startling changes happening,” said Way.