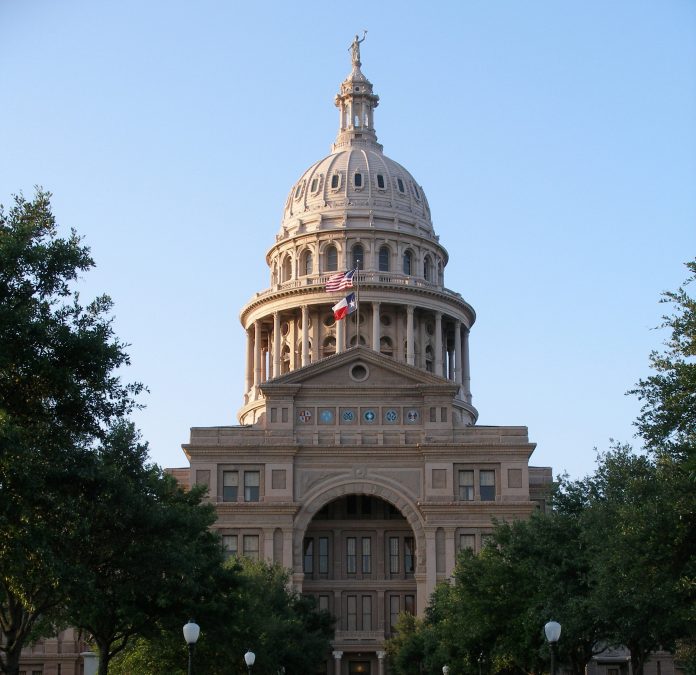 The 86thTexas Legislature is underway in Austin, and runs through May 27. Bills passed by the House and Senate will have a profound impact on the state’s residents. The Defender asked the Houston area’s eight African-American legislators to address the issues they will personally focus on in Austin, and why those issues are important to their constituents. Education is at the top of the list, followed by criminal justice reform and economic development.

“Our kids deserve a high-quality education and our schools are in need of more funding to help our kids reach their goals. I plan on building upon the $11 million I secured for the Student Success Initiative last session, targeted to assist African-American males, who statistically test poorly on state assessments and who rank among the lowest of all groups to attend college. My goal is to ensure that our African-American male youth are provided the tools to succeed where they can get a good paying job and stay out of the school to prison pipeline. The Texas leadership has stated that public education finance is a key priority even though they cut public education to the tune of $5 billion in 2011.Those cuts had a dramatic impact on our schools and communities. I plan on fighting for every single dollar that was cut to repair the damage and ensure our public schools are fully funded.”

In the 86th Legislative Session, my legislative package will largely focus on criminal justice reform. Specifically, I have filed HB 371 regarding penalty reduction, and I will be filing a bill on jury instructions.  The criminal justice system disproportionately impacts the African- American community, and specifically the constituents of House District 131.  African-American defendants are more likely to be handed longer sentences for the same crimes as non-minority defendants. The jury instruction legislation will require sentencing instructions to be accurate, so that jurors aren’t choosing longer sentences based on instructions that assume the defendant will be guaranteed certain time credits that would shorten their sentence. HB 371 would lower the penalties from felonies to misdemeanors for certain amounts of marijuana possession.

“Education is the great equalizer for Black people. That is why the number one issue I am focusing on this session is ensuring student success in our public schools. This includes modifying our school accountability system so districts like HISD are not punished for things outside of their control, which ultimately punishes the students when we should be putting students first. Additionally, we need to fix the school finance system to increase funding for our public schools, including funding for full-day quality prekindergarten and special education.”

“When I was elected over three decades ago, I promised that I would focus on making government more responsive to the needs of the people who elected me. Today, that remains at the top of the list for me. Our government continues to affect the African-American community in the areas of education, economic development, criminal justice, health care and mental health and just about every facet of our lives. As always, I intend to bring my legislative district’s perspectives to all of the issues.”

“My two main focuses on the 86th Legislative session are creating an independent prison oversight and increasing mental health screening for peace officers. An independent prison oversight is incredibly important to African-Americans; African-Americans are incarcerated at five times the rate of whites in this state. With an independent prison oversight in place, I hope to decrease the likelihood of more inmates dying at the hands of guards, or having time added to their sentences because of planted contraband. Last year, more police officers died by suicide than in the line of duty. The safety and well-being our communities depend on having a strong and healthy police and fire force.  This is a public safety crisis. Our police officers and firefighters need access to mental health care without fear of being reprimanded, or worse, losing their jobs. We need to prioritize the mental health of those who risk their lives for the safety of our communities.”

“My top legislative priority for the 86thLegislative session is economic empowerment for the African-American community. I have filed several bills to strengthen business opportunities for African American small businesses and raise the minimum wage to $15.00 an hour. My bills address the economic disparities that have plagued our communities for generations and create opportunities that lift Texans out of poverty and into the middle class and beyond. Unfortunately, the racial wage and wealth gaps in America are worsening. I will continue to support policies that strengthen protections for workers and expand Black entrepreneurship and business development. I will continue to fight for economic justice for African-Americans and speak truth to power.”

“I am working passionately ona wide range of issues affecting African-Americans, such as public education, healthcare and job creation. I am proud to have filed House Bill 612, which will require full day pre-K for economically disadvantaged children. I have also filed House Bill 719, to combat the inequities and disparities in health care treatment commonly experienced by African-Americans due to implicit bias and racism.  In terms of jobs, African-Americans must be able to compete for top-tier jobs in emerging fields. Statistics show that Texas is a growing technological hub, yet many of our high school students are graduating without proficiency in the field of technology. As such, I have filed HB 580, providing grant funding to school districts that enroll students in career and technology education (CTE) courses.  My bill will allow eligible schools to partner with private employers offering job training and paid internships to students enrolled in CTE courses. I believe all of these impactful pieces of legislation will provide benefits and added protections for my constituents in District 146, as well as African- Americans across the state of Texas.”

“My legislative program is wide-ranging and includes subjects such as hurricane recovery, mental health, human trafficking, voting rights, equal pay and family law. While all of these issues are important to my district, my priority is criminal justice reform. Bills I am filing include legislation that would limit a peace officer from arresting an offender for most misdemeanors without a warrant, that would limit deadly force to situations where there is an eminent threat to an officer or another person, that would keep parents and their children together by encouraging community-based solutions for nonviolent offenses, and that would ensure that officers are consistently disciplined for misconduct by using a wider range of disciplinary actions appropriate to the misconduct. In a state that has always been considered “tough on crime,” I believe this is the right time to address these subjects.