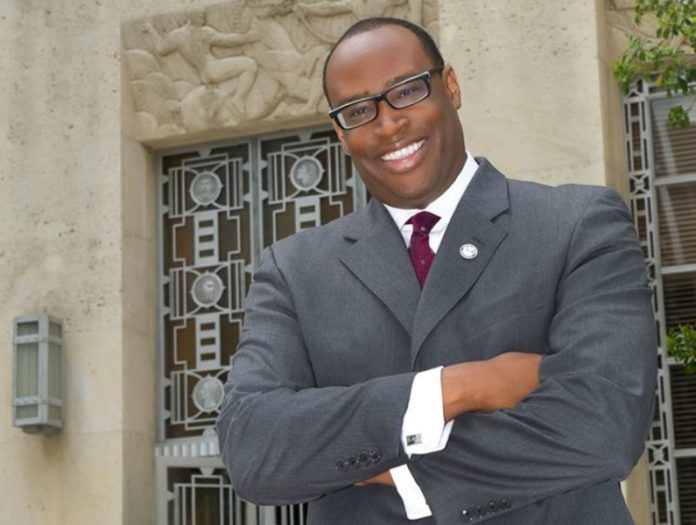 Houston City Councilmember Larry Green is being remembered as a caring public servant and community advocate. Green, 52, was found dead in his home on March 6, apparently of natural causes. Green’s staff members alerted police when the usually-meticulous council member missed a morning meeting and failed to answer calls.

Green was sworn into office in 2012 and represented the newly formed District K, which encompasses the edge of the Texas Medical Center and the portion of Houston in Fort Bend County. The district includes the Reliant/Astrodome complex, HISD and Fort Bend ISD.

During his first term on City Council, Green brought over $20 million worth of economic development projects to District K, including a Houston Police Department station, neighborhood street reconstruction and repair projects, a senior citizen center in Fort Bend and a tax increment reinvestment zone (TIRZ) for the Hiram Clarke and Fort Bend-Houston Area.

Green led the efforts to increase minority and women-owned business participation goals and ensured that women-owned businesses were included back into the city’s affirmative action contracting program. He served as chair of the Transportation, Technology and Infrastructure Committee.

Mayor Sylvester Turner said Green also fought on the city’s behalf in Washington, D.C. During a recent trip, Green had advocated for a $9.4 million grant to pay for new technology to alert drivers to high water at 40 flood-prone intersections, including Alt. U.S. 90 and Beltway 8 in Green’s district.

During the March 6 City Council meeting, Turner announced the city had just landed that grant. It’s proof, his colleagues say, that even though Council Member Green’s chair may be empty, he’s still fighting for the everyday people in his district.

Green, a lawyer, earned his B.A. in Political Science from the University of Houston and a Doctorate of Jurisprudence from Texas Southern University’s Thurgood Marshall School of Law. He was a member of Alpha Phi Alpha Fraternity, Inc., Greater Houston Partnership and a former board trustee of Brentwood Baptist Church. He served on the Texas Black Expo board and TSU’s College of Science and Technology Advisory Board. 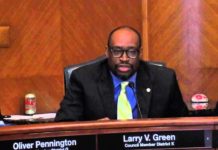