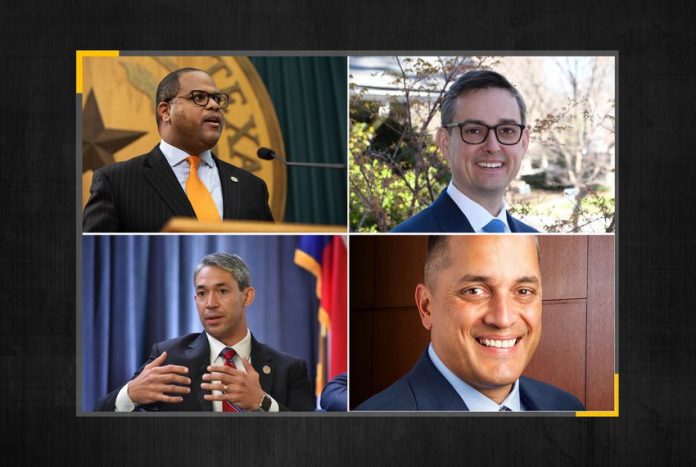 The Dallas mayoral race is headed to a runoff, while San Antonio Mayor Ron Nirenberg was forced into an overtime round and Fort Worth Mayor Betsy Price easily won re-election.

That is according to unofficial returns Saturday night for the mayoral elections in three of Texas’ largest cities, representing a combined 3.7 million people. All precincts were reporting in Dallas and Fort Worth, while all but a few were reporting in San Antonio.

The runoffs will be June 8.

In Dallas, the top two finishers in the crowded field to succeed term-limited Mayor Mike Rawlings were state Rep. Eric Johnson, D-Dallas, and Scott Griggs, a member of the city council. Johnson had 20% of the vote, while Griggs had 19%.

In San Antonio, Nirenberg failed to win a second term outright, advancing to a runoff against Greg Brockhouse, a member of the city council. Nirenberg finished narrowly ahead of Brockhouse, 49% to 46%.

The races were nonpartisan, though partisan politics was a part of them. Peoples, the chairwoman of the Tarrant County Democratic Party, was endorsed by the state party and had been boosted in recent days by a trio of Democratic presidential candidates: U.S. Sen. Bernie Sanders as well as Texans Julián Castro and Beto O’Rourke. The latter two campaigned with her this weekend in Fort Worth.

While the Fort Worth contest was not close, Peoples was the strongest challenger that Price had faced since she was first elected in 2011. Price ran for re-election twice unopposed and defeated a political newcomer in 2017 by 40 points.

In San Antonio, mayoral politics continued to prove volatile, with voters set to pick their mayor in a runoff for the third consecutive time. Nirenberg ousted incumbent Ivy Taylor in an overtime round in 2017, two years after she won in a runoff.

The Nirenberg-Brockhouse matchup had been animated in recent weeks by the city’s decision to bar Chick-fil-A from its airport over an alleged “legacy of anti-LGBT behavior.” Nirenberg had supported the move and defended it from a business perspective, noting the fast food chain is closed on Sundays, while Brockhouse had aligned with conservatives in opposing the decision and trying to get it reversed.

In Dallas, a runoff was all but guaranteed given the field of nine candidates, most of them viable. Finishing behind the runoff qualifiers were philanthropist Lynn McBee, developer Mike Ablon, school board trustee Miguel Solis and civic leader Regina Montoya, who had the endorsement of longtime friend Hillary Clinton.