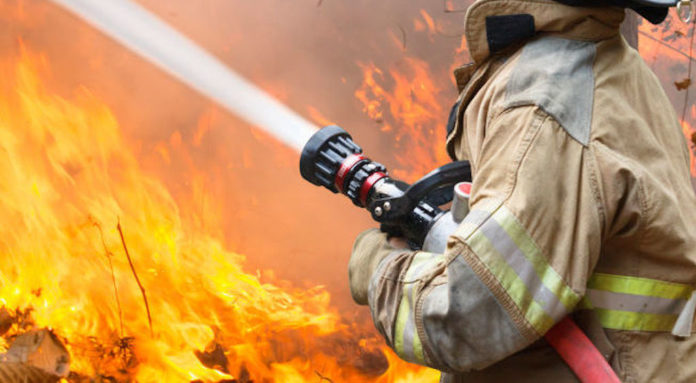 A South Texas mosque is receiving an outpouring of love and support after the building was burned down in a weekend fire, WFAA reports.

According to the report, the fire started early Saturday morning at the Islamic Center of Victoria in Victoria, Texas. However, members of the mosque are urging people not to rush to judgment as to cause, given that the incident occurred the same weekend that President Donald Trump’s Muslim ban sparked heated debates and national protests.

In the meantime, a GoFundMe campaign set up on behalf of the center has raised $848,176 in just two days, with some 18,254 people contributing to the cause.

The GoFundMe page was filled with people expressing their sadness and offering help as needed.

“We are so sorry about your mosque. We will stand up for our fellow Americans who simply want to live and worship as they please. This is the primary promise of our country,” one commenter said.

According to WFAA, it is not the first time the mosque has been targeted (it has dealt with vandalism before). Local police and FBI agents are currently helping out in the investigation of what caused the fire.

According to the Corpus Christi (Texas) Caller-Times, many of the members of the mosque were left in shock.