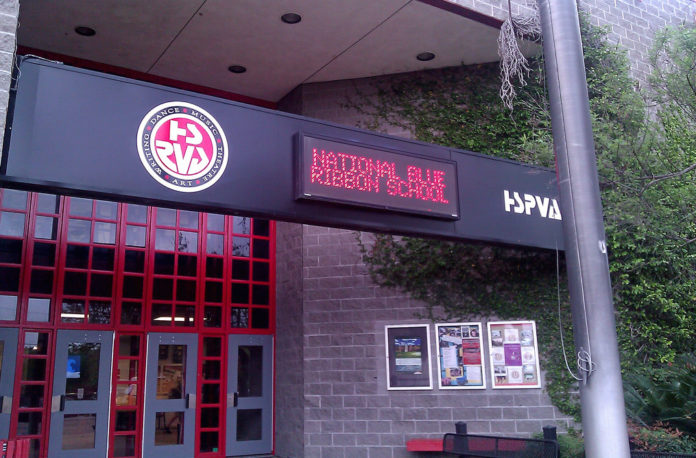 The HISD Board of Education on Thursday accepted a $7.5 million gift from the Kinder Foundation that will pay for construction upgrades and equipment for the new High School for the Performing and Visual Arts.

The new campus, which is now under construction in downtown Houston, will be renamed the Kinder High School for the Performing and Visual Arts in recognition of the gift.

Some of the upgrades that will be covered by the Kinder Foundation gift include:

In 2012, HISD voters approved a $1.89 billion bond package that includes a new HSPVA campus at 790 Austin Street in downtown Houston.

“We are delighted with the Board decision and want to thank the HISD Board of Trustees and HSPVA Friends,” the Kinder Foundation said in a statement. “We hope these joint and cooperative efforts preserve the long-term future of one of Houston’s most acclaimed and diverse schools and forges a new path through public/private partnership to support future HISD schools.”

The gift was brought forward for board consideration by Trustee Michael Lunceford, whose district includes the current HSPVA campus site. Lunceford, who has represented Trustee District V since his election in 2009, announced that he is resigning from the school board effective immediately.

Also Thursday, the Board of Education awarded construction contracts for two high schools also funded through the bond program. Located in northeast Houston, Barbara Jordan High School for Careers is transitioning from a career magnet school to a regional Career Hub, allowing students to spend half their day at their home school and the other half at Jordan participating in high-demand, career curriculum. The new facility will provide 600 to 800 students with access to real-world experiences in a variety of professions, including auto/diesel, audiovisual, cosmetology, culinary arts, construction management, marketing, STEM (electronics), and welding. Applications for the Barbara Jordan Career Hub currently are being accepted from 10th-grade students zoned to Northside, Furr, Kashmere, North Forest, Heights, Sam Houston, Washington, Wheatley, and Yates high schools. The contract was awarded to Cadence McShane Construction for an amount not to exceed $28 million. The new building is scheduled to be completed in time for the 2018-2019 school year.

Scarborough High School on the district’s northwest side is in line for major renovations and improvements that include a new 13,000-square-foot JROTC building; classroom renovations and technology upgrades; improvements to athletics fields and a tennis court; and a new secure welcome center that will become the focal point at the front of the campus. The school offers industry certifications before graduation in retail management, HVAC maintenance/repair, or computer administration and networking. Students also can prepare for careers in the military through its army branch of the JROTC, a very popular program on the campus. About one-third of the current student population participates in JROTC. The contract was awarded to DT Construction for an amount not to exceed $9.8 million. Construction is expected to be completed in time for the 2017-2018 school year.