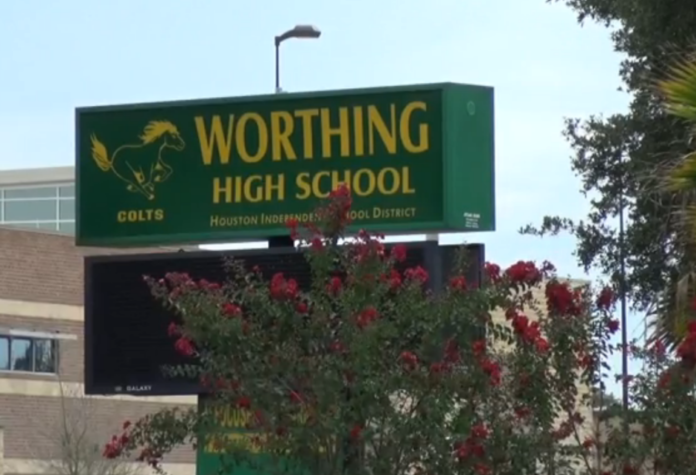 The Houston Independent School District Board of Education on Thursday approved construction contracts for Pilgrim Academy and Worthing High School (Phase 2), both part of the district’s 2012 Bond Program.

Worthing High School recently completed the first phase of its bond project — a new, two-story classroom wing that opened to students in August. The second phase, now underway, calls for a new facility incorporating the new classroom wing and accommodating up to 1,300 students. It will feature flexible learning centers, career and technical education classrooms, and new spaces for administration, student guidance, athletics, and dining.

HISD sought competitive sealed proposals for the second phase of the project after terminating negotiations with Worthing’s existing construction manager-at-risk earlier this year. The contract was awarded to Prime Contractors, Inc. Their bid – one of two submitted – includes a base bid of $26.7 million and a construction contingency of $1.5 million, meaning the total cost would not exceed $28.2 million.

The project could be completed as early as the first quarter of 2018.

Pilgrim Academy, a kindergarten through eighth-grade campus, will receive a new addition and minor renovations to expand the school’s existing building to better accommodate the middle school program. The facility was built in 2007 as a new elementary school in the Galleria area and has since expanded to add a middle school program, which is currently housed largely in portable buildings. The new addition will house classroom spaces, a science lab, a gymnasium, flexible collaborative learning areas, and teacher work spaces.

HISD received two competitive sealed proposals for the project. The contract was awarded to DT Construction, LP, and includes a base bid of $5.3 million and a construction contingency of $250,000, with the total cost not to exceed $5.56 million.

The project could be completed as early as the first quarter of 2018.