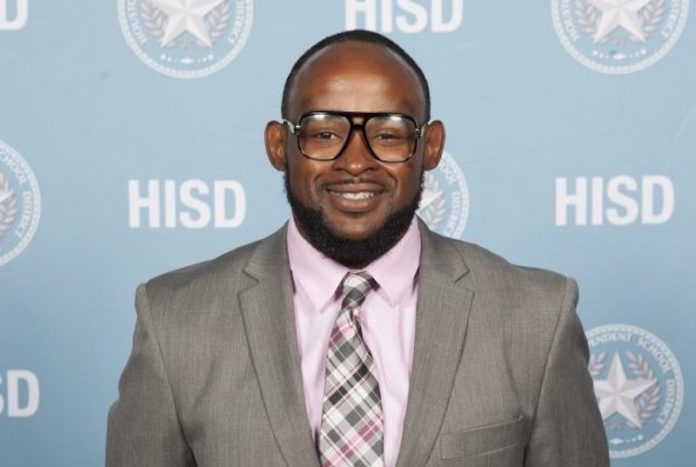 Furr High School football coach Matthew Valmore was recently nominated for the Don Shula NFL High School Coach of the Year Award by the NFL Foundation for his leadership, dedication to the community, and commitment to player health and safety and on-field success.

“I am humbled, honored, and very appreciative to be considered for such a prestigious award,” Valmore said. “It almost feels like a dream.”

Valmore is among 32 high school football coaches from across the country nominated by a NFL team for the national award, which is named for the winningest coach in NFL history. He was nominated by the Houston Texans after the team selected him as a High School Coach of the Week in November.

Valmore has coached football at Furr for four years and also teaches physical education at Bellfort Early Childhood Center in HISD. He is a graduate of Texas Southern University, where he played college football and received a bachelor’s degree in physical education and a master’s in human performance.

“We are extremely proud of Coach Valmore for being recognized by the NFL Foundation and are grateful for his dedication and service to student athletes of HISD,” said HISD Athletics Director Marmion Dambrino. “He is a special part of our team, and he really loves what he does. He not only teaches his student athletes about the game but how to work as a team, treat others with respect, and to never give up – all of which will be valuable traits even after these students graduate.”

Valmore will be recognized during the NFL’s week-long celebration of football at the 2017 Pro Bowl in Orlando, where he will visit Pro Bowl practices, participate in the USA Football National Conference and attend the Pro Bowl at Camping World Stadium. Two finalists will each receive a $15,000 award from the NFL Foundation in which $10,000 will go toward their high school football program. The winner will be announced during the third quarter of the 2017 Pro Bowl on Jan. 29 live on ESPN and will receive an additional $10,000 from the NFL Foundation with $5,000 going toward his high school football program.

“High school football coaches have a profound impact on the lives of young athletes,” said NFL Commissioner Roger Goodell in a statement. “We are honored to recognize these individuals who embody the leadership and commitment to excellence demonstrated by Coach Shula. Their dedication to developing young men of character will lead their players to success far beyond the field of play.”

Valmore says coaching football is more than just a job but an opportunity to positively impact young men.

“One of the biggest joys I have is seeing my student athletes be successful on and off the football field because at some point the cleats have to come off,” Valmore said. “I enjoy being able to share my experiences with them about when my football days were over after college. The rapport I have with them is remarkable, and it makes it easy to coach them through football and life. To see them come back with an education, a career and a family and thank you as their coach is the ultimate satisfaction.”