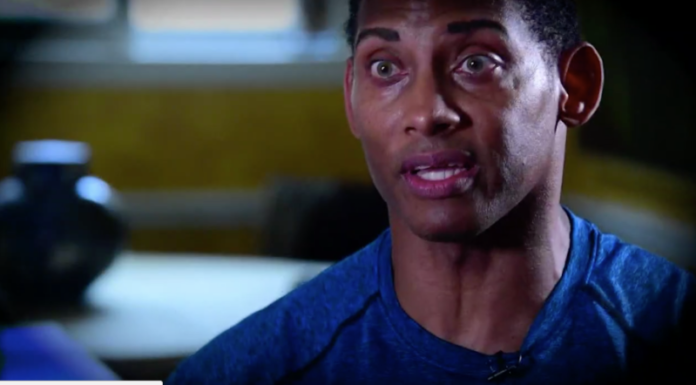 After years of MTV’s Catfish series, there are people still willing to throw it all away on a pretty face and a few text messages. And one Houston man is now out of $80,000 after meeting a “woman” on Match.com.

“Woman” is in quotes because at this point, Greg Davis probably doesn’t know who he was corresponding with for two years via phone calls and text. What he does know is that the so-called inheritance he was promised by “Malikah,” described as an “exotic beauty” by KHOU, was just as bogus as the photos he was sent.

According to KHOU, Davis said that Malikah asked for help collecting an inheritance she was left by her father and that all he had to do was send her money to help out with the taxes and shipping of the money that was being kept in storage.

Yeah, you’re probably saying to yourself by now, “Who ships money? Who keeps money in storage?”

In total, Davis said he spent about $80,000, which included money from his retirement, and he even took out payday loans.

In a world of dating apps like Tinder, OkCupid and Match, there are tons of scams and catfishing going on. But nowadays, it’s not hard to protect yourself from them. Even with an app like Tinder, a simple screenshot of a person’s photo is all you need for a Google Images reverse search. And with websites like SpyDialer, a phone number search can sometimes yield results such as a person’s first or last name.

With people adding personal information on apps that use Facebook to fill out their profile, if people have their college or job listed, a Facebook search of their first name or college or the company they work for is also another simple way to see if they’re catfishing or real. It may be time-consuming if their first name is a common one, but eventually you’re bound to come across their profile.

In the case of Greg Davis, he eventually realized that he was duped out of his life savings after asking for proof about the inheritance and being sent a video with his name on some fake-ass $100 bills.

Don’t be a Greg Davis when it comes to dating sites and apps. Do your best to be a Sherlock Holmes and find out if the person you’re willing to blow it all away for is real. And even then, don’t blow it all away.