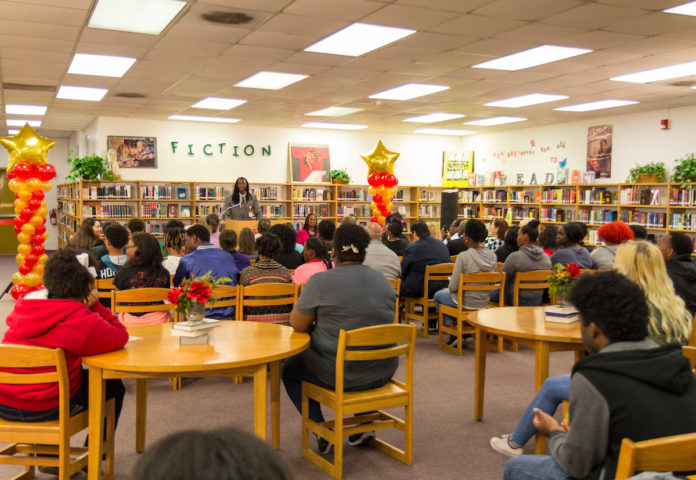 Students at three Southeast Houston HISD schools no longer have to experience a library void of books.

The schools once-depleted library shelves are now filled with novels, nonfiction, games and gadgets. Thousands of new books, iPads and learning resources were unveiled at Cullen, Yates, and Attucks, following an uproar from parents last fall about woefully inadequate and non-existent libraries.

HISD officials said efforts to cut costs and use “classroom libraries” to increase literacy left many schools without proper resources.

“We had many schools that did not have existing libraries or the libraries were shuttered due to budgetary reasons,” said HISD Chief Academic Officer Grenita Lathan. “So we’ve made an investment not only into these three schools…because we’re going to start looking at some of those other schools where the libraries are closed or they don’t have librarians.”

The issue was brought to light by activist Gerry Monroe, who was speaking at Cullen when he noticed the lack of books.

“I was floored because the shelves had no books,” he said. “After years of using books, students taking them home, the supply started to deplete. The principal barely has a budget to run the school, so I’m not faulting him, but this should never happen.”

Monroe, who runs a program called One Houston/One Hood, immediately rallied other members of his community coalition to spread the word about the dire circumstances at the Third Ward schools.

“Strategically, we worked together to try and make sure that these libraries were outfitted in a manner that would be sufficient to educating our children,” said Monroe, who is also executive director of the United Urban Alumni Association. “No school should be without a school library. They also got a lot of new technology.”

The district also announced a collaboration with the Barbara Bush Houston Literacy Foundation, which will donate 1,200 books to students at Attucks and Cullen to help build the students’ home libraries.