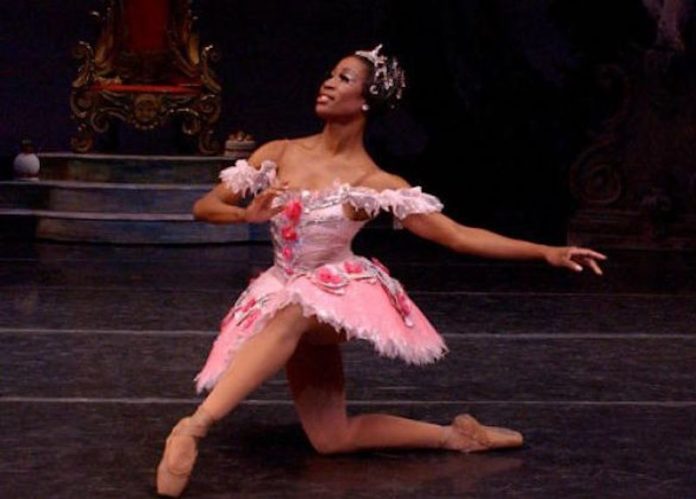 Poised and full of grace, Houston Ballet alum and native Houstonian, Lauren Anderson, amongst the legends and rising stars to be honored Wednesday, February 22nd at the esteemed 2017 Texas Medal of Arts Awards in Austin, Texas. Slated to receive the coveted Texas Medal of Arts Award in Dance, Anderson epitomizes excellence and admiration in performing arts.

“I am honored to be amongst the honorees for the 2017 Texas Medal of Arts Awards! I am indebted to Houston Ballet for cultivating my talent and giving me a platform to dance into the hearts of millions. I am eternally grateful to the committee for acknowledging my body of work and accomplishments in performing arts,” said Anderson.

Having risen to international prominence, Anderson embarked upon this journey as an adolescent at the age of seven at the Houston Ballet Academy, joining the Houston Ballet in 1983 as a Corps de Ballet. Fast tracking her career, she received a promotion to soloist in 1987. By 1990, she was blazing new trails as the first African-American promoted to principal dancer at Houston Ballet, solidifying her place in history as the “head of the class” in a major ballet company.

Under the tutelage of Ben Stevenson, she honed her skills and dared to dream. The pivotal point in Anderson’s career came when cast as Alice in Lewis Carroll’s timeless story, Alice in Wonderland. This imaginative ballet careens through Alice’s astonishing escapades and the perplexing characters she meets. Needless to say, she was not expecting to star in the whimsical piece however, Stevenson saw something in her she did not see in herself. Contemplating why an African-American was selected to play the role, his words resonated in her heart, “I picked you to be Alice. Dancers dance; the only color in art is on a canvas!”

No longer seeing color barriers, encompassed with talent and infused with confidence, she embraced the notion that she did not choose dance yet dance chose her. “Ben Stevenson invested in me so that I may thrive and flourish as a person first and then as a ballerina. The seeds he planted in my life empowered me, giving me a local and global platform to not just entertain but to endow others to dream beyond confinement, to break barriers en route to their destiny, while giving birth to their purpose!” said Anderson.

Her repertoire includes works by George Balanchine, Sir Kenneth MacMillan, Christopher Bruce, James Kudelka, Trey McIntyre and Stanton Welch. Anderson created the title role in Ben Stevenson’s Cleopatra, and her performance as Cleopatra received accolades from international critics. Anna Kisselgoff of The New York Times compared her to the great Italian actress Eleanora Duse, and Christine Temin of The Boston Globe pronounced her “a powerhouse in interpreting the role that Stevenson created for her.” She has performed across the world as a guest artist.

After a stellar career as a prima ballerina, Anderson hung up her pointe shoes in 2006. In January 2007, she assumed a new role as Outreach Associate with Houston Ballet’s Education and Community Engagement program.  She spends her days conducting master classes at area schools, and lectures to students on dance and her historic career as one of America’s most distinguished ballerinas. Anderson aims to foster change in her students through experience and exposure, instilling in them that art is not a privilege, it is a right.

The world is changed by your example, not by your opinion. Credited with breaking the racial barrier in dance, Anderson and her renowned pointe shoes became a permanent exhibit in the Smithsonian’s National Museum of African American History and Culture in 2016.

When asked about her journey Anderson said, “Because I dared to dream, my life’s work will forever be enshrined in our nation’s history. Because I dared to dream, I have an opportunity to educate today’s youth through the revitalization of performing arts, encouraging them to push boundaries and break barriers! Change their minds, change the world!”