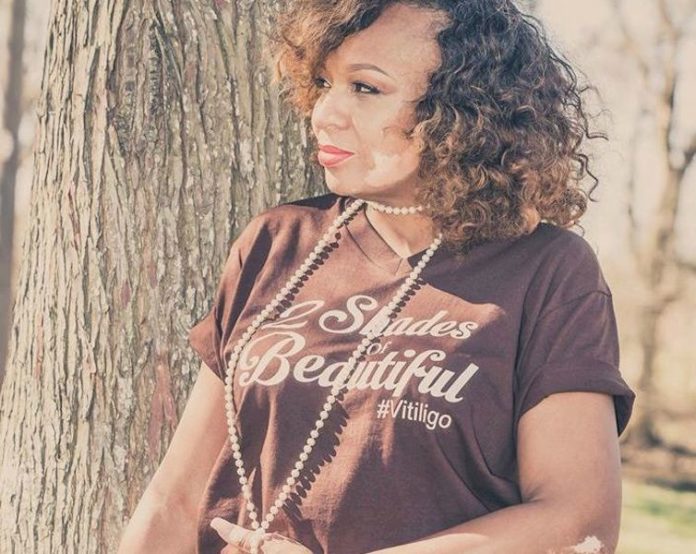 It’s a condition made famous by the late superstar Michael Jackson, but thousands of African-Americans live with it on a daily basis. Diane L. Tribitt, CEO/founder of D’Lyric Inspired, hopes to help them and others love the skin they’re in.

Tribitt will host the inaugural Houston Vitiligo Awareness Movement “Embrace Who You Are” on Saturday, April 8 at 3 p.m. at the Preston Theater, 2201 Preston St.

Her hope is to educate the public about vitiligo, a condition in which a loss of cells that give color to the skin (melanocytes) results in smooth, white patches in the midst of normally pigmented skin.

The exact cause of vitiligo is unknown, but scientists say it may be due to an immune system disorder.

Between 2-5 million people have been diagnosed with the condition in the U.S., and it shows up between the ages of 10 and 30 in about half the people who get it. Tribitt’s skin started changing when she was 9.

“I had been in private school and transferred to a public school,” she said. “There was a young girl sitting at the front of the class but I will never forget the look on her face when the teacher introduced me. She looked horrified and at that moment, I became uncomfortable in my skin,” Tribitt said.

“I was teased a lot and called some horrible names – spot, bleach eyes, raccoon face, whitey…I hated my skin and many times, didn’t even want to go out of the house because I felt like everyone was staring at me and talking about me.

“I think each stage of my life sent me through that uncomfortable phase again. I’m not fully comfortable yet but I’m in a much better place than I’ve ever been.”

Those childhood memories and her daily struggle sparked Tribitt to share her story through YouTube videos of her applying make-up to cover her face. The videos got the attention of Perry Whaley of the non-profit Vitiligo Bond Inc. who reached out to her about being part of their upcoming 30-city tour to bring awareness about vitiligo.

The April 8 conference will bring in professionals who specialize in vitiligo, people who live with the condition and others who hope to get a better understanding.

Tribitt said she leans on God to cope and “I often remind myself that He created me this way with purpose.” 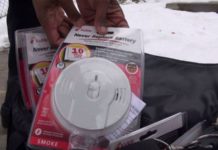 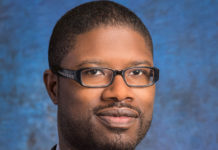 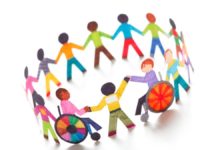