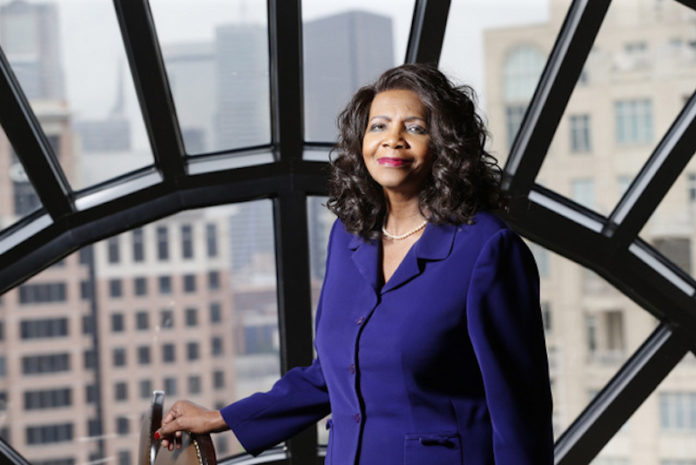 A Black teenager’s killing by a White police officer outside a suburban Dallas house party has prompted concerns from some community leaders over whether the new district attorney will follow in the steps of prior administrations, which they have criticized as not being sufficiently transparent when investigating such shootings.

Dallas County District Attorney Faith Johnson said Thursday that she hopes people look at her more-than-30-year track record in criminal justice and conclude she will be fair and forthright in the probe of Saturday’s shooting of 15-year-old Jordan Edwards. She said she can’t change how such cases have been handled by others who held the office before her.

“I think I’m someone that is committed to fairness for all the people,” Johnson told The Associated Press in an interview. “It doesn’t matter who you are. You can be Black, White, purple, green. … My commitment is to do what’s right for everybody in Dallas County.”

Johnson, 66, is the first African-American female to serve as the district attorney in Dallas County. She was appointed by Gov. Greg Abbott after the previous district attorney, Susan Hawk, resigned in September. Hawk had quit just a month after returning to work following inpatient treatment for mental illness.

From 1982 to 1989, Johnson was a Dallas County prosecutor, serving as the county’s first Black female chief felony prosecutor. After being appointed a judge in 1989, she served in that position for 17 years. She then spent 10 years in private practice before being appointed district attorney.

She is the only Dallas Republican holding a countywide seat. Since taking office in January, she has focused on opening 11 community satellite locations for the district attorney’s office and setting up a program that helps residents expunge their criminal records of low-level crimes.

Roy Oliver, a police officer in the Dallas suburb of Balch Springs, opened fire on a vehicle that the high school freshman was riding in along with his two brothers and two other teenagers. The group was leaving an unruly house party.

The shots from Oliver’s rifle shattered the front passenger-side window and struck Edwards. The teen’s 16-year-old brother was driving.

Johnson declined to discuss the details of the investigation, which her office and the Dallas County Sheriff’s Department are handling.

“We just want everybody to know we are on this,” she said. “We are expeditiously doing our job and we are going to do a complete job.”

Oliver was fired Tuesday but some community leaders and activists are calling for charges to be filed against him.

“We are insisting on a transparent investigation and we are insisting that this investigation … produces a charge of murder,” said Frederick D. Haynes, a senior pastor at Friendship-West Baptist Church in Dallas who was one of several activists who met with Johnson on Wednesday.

Johnson said while she respects people’s right to express how they feel about the case, their sentiments won’t affect how the investigation is conducted.

Attorneys who have worked with Johnson say she’s well prepared to deal with the intricacies and pressures of such a high-profile case.

“She’ll be up to the task and she will try to be as transparent as possible. She can handle it,” said Dallas defense attorney Heath Harris, who also has worked as a prosecutor with the Dallas County District Attorney’s Office.

John Creuzot, a former longtime judge who has known Johnson since the two were Dallas County prosecutors, said Johnson and her office are more than capable of handling the probe into Edwards’ death.

“There’s nothing about her that makes me think that she would compromise what she feels is the right thing to do on the case,” said Creuzot, who is seeking the Democratic nomination to challenge Johnson next year for the district attorney job.