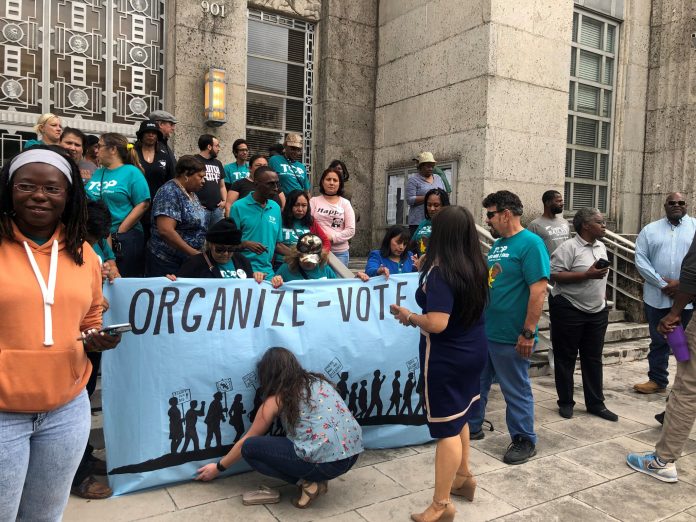 Houston voters won’t find the City Council District B race on the runoff ballot this week due to an ongoing legal challenge. Now, that election will be delayed even further.

After a hearing on Monday, Harris County Judge Cory Sepolio said he’s disqualified from hearing the case because state law requires an election contest to be heard by a judge outside the county where the election is taking place. A special judge will be appointed and a new hearing scheduled.

The new runoff election could have been rescheduled for January 28, when a special election has already been called for state runoff races, but now District B residents won’t choose a council member until later in the year.

“Today, I’m calling on the courts to appoint the special judge and hear arguments in our case this week,” Jackson said. “The people of District B deserve to choose their next council member without further delay.”

Under state law, candidates with felony convictions are allowed to run for office if they’ve been pardoned or “otherwise released from the resulting disabilities.” During the 2019 Texas legislative session, State senator Pat Fallon (R-Prosper) pointed out that virtually no one knows for sure what the end of that sentence means.

“The ‘resulting disabilities’ line is unclear and without legal precedent, causing confusion as to who is exactly eligible to run for public office,” Fallon said.

Fallon introduced legislation that could have settled the question about whether people with felony convictions are eligible, but that bill failed.

Now the unanswered question is resurfacing in Houston’s District B race.

During the hearing on Monday, Jefferson Smith’s attorney Lindsay Roberts argued the City of Houston broke the rules by allowing Bailey to run, therefore the votes in the general election were counted illegally.