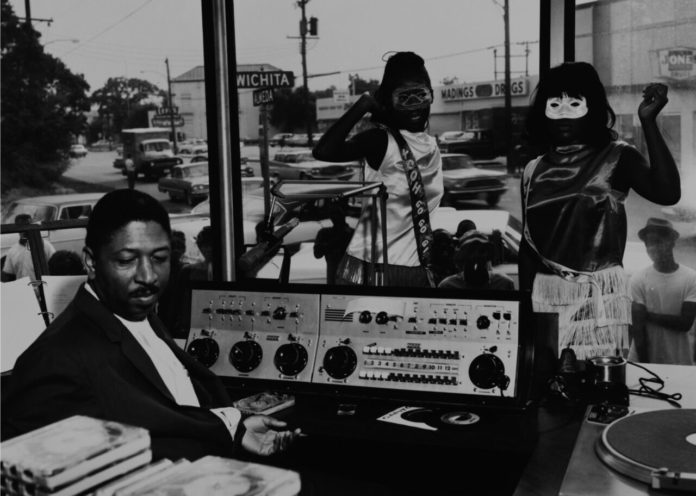 Services have been finalized for Skipper Lee Frazier, who brought “a mountain of soul” to Houston. Frazier, a well-known radio personality, entrepreneur, emcee, promoter and manager, died Oct. 14 at age 89.
He will lie in state at Skipper Lee & Sons Eternal Rest Funeral Home on Wednesday and Thursday, Oct. 19-20, from noon to 9 p.m., with a 6 p.m. wake service in the chapel. The funeral home is located at 4610 S. Wayside.The funeral service is Friday, Oct. 21, at 11 a.m. at Jones Memorial United Methodist Church, 2504 Almeda-Genoa, Houston, 77047. In lieu of flowers, donations can be sent in the name of Frazier to the Jones Memorial UMC Prayer Ministry.
Frazier was a fixture on Houston radio, most recently on KWWJ Gospel 1360, where he broadcast from his office at Eternal Rest. He spent 22 years at KCOH Radio, and was a familiar face inside the glass on Almeda.
As a businessman, Frazier was part owner of KCOH along with Dr. John B. Coleman, Judson Robinson Jr., Travis Gardner and Michael Petrizzo. His other ventures included ownership of Venus Motel and Eternal Rest.
“One of the most unique characteristics of Skipper Lee was his dynamic ability to consistently reinvent himself professionally,” said longtime family friend Pastor Kirbyjon Caldwell of Windsor Village United Methodist Church.
“For almost seven decades, Skipper Lee remained relevant and productive, adding undisputed value to the Houston community,” Caldwell said. “Equally comfortable in the sanctuary or streets, Skipper Lee brought a ‘mountain of soul’ to Houston through his various businesses and his church affiliations.”
Colleagues remember Frazier as a larger-than-life personality who was outgoing, motivated and cared about the community.
“Skip was more than just a disc jockey,” said KYND talk show host Michael Harris, who worked with Frazier at KCOH. “He was a very shrewd businessman. There wasn’t anything that happened in Houston that Skipper Lee wasn’t involved in, politically, socially or economically.”
Harris added that Frazier was confident but never arrogant or pushy. “He was very supportive of other people and their accomplishments.”
He said Frazier was also a trailblazer. “When [Frazier and his partners] bought KCOH that was a major move,” Harris said. “They were the first Black owners of a radio station in the South. That was very significant and very few people have done it since.”
KCOH sportscaster Ralph Cooper was a newspaper reporter in the late ‘60s when Frazier gave him his start in radio.
“I would predict football games and Skipper Lee saw my predictions and started following them,” Cooper said. “One day he called me and asked me to stop by the station and said he would like to put me on the radio to predict the games.”
Cooper said he is thankful to Frazier for his encouragement.
“He had a very positive attitude,” Cooper said. “I never heard him say anything bad about anyone.”
Talk show host Wash Allen, now with MJWJ Global Radio, worked with Frazier when he was program manager at KCOH. He described Frazier as sincere, honorable and a man of his word.
“We worked very well together,” Allen said. “I liked his bigness, his voice, his showmanship. He had great stories to tell and they were always exciting. As an emcee he traveled across the country and every disc jockey in the world knew Skip.”
Frazier was born in Magnolia Springs, Texas in 1927. He began his radio career as a part-time disc jockey at KYOK in 1954. He emceed record hops and talent shows and managed local up-and-coming talents.
He later joined KCOH and played a distinctive sign-on at the beginning of each show, saying he was implored by voices to “steal away and carry a mountain of soul to Houston.”
Frazier managed such groups as Archie Bell & the Drells. The group recorded the 1968 No. 1 hit “Tighten Up,” which was written by Frazier.
He served as a promoter and master of ceremonies of the Kool Jazz Festival, and also promoted shows for artists such as James Brown, B. B. King and the O’Jays.
Frazier chronicled his life in the book “Tighten Up: The Autobiography of a Houston Disc Jockey.”
In 2004 he was inducted into the Texas Radio Hall of Fame for his “significant and notable contributions to radio.”