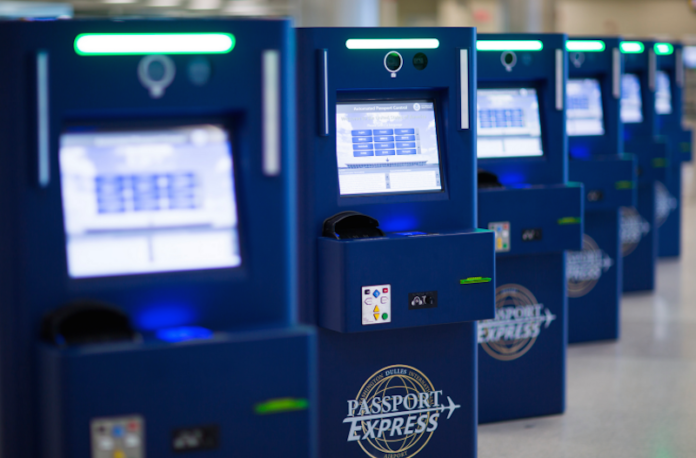 For the growing number of international travelers coming to Houston’s airports, getting through Customs just got quicker and easier.

“As international travel continues to grow at Houston’s airports, the Customs facilities at both Bush and Hobby airports play a vital role,” said Saba Abashawl, chief external affairs officer for the Houston Airport System. “That growth would not be possible, nor would we have been as successful in facilitating international trade and tourism to the greater Houston region, if not for the innovative collaboration with our partners in CBP. The Mobile Passport Control program is another revolutionary step forward in this successful journey—and there are more such forward-thinking steps to come.”

Houston’s international traveler passenger numbers have grown at record-setting rates, with more than 12 million international passengers traveling through the Bush and Hobby airports in 2015. That number figures to continue to rise with the addition of international destinations from Hobby Airport with the opening of the new west concourse and a state-of-the-art FIS facility at location.

“We set a goal of bringing Mobile Passport Control to 20 airports by the end of 2016 and with the addition of Houston’s two international airports we are meeting that goal in September,” said Commissioner R. Gil Kerlikowske. “Mobile Passport Control is a great example of our commitment to making the international arrivals process as efficient, fast and paperless as possible for the millions of travelers who are processed through CBP each year.”

Innovation is nothing new in this partnership. Chosen as the CBP’s first model port in 2008, the Houston Airport System worked to facilitate innovations like Global Entry, one-stop clearance and Automated Passport Control.

“We have a great working relationship with CBP,” said Željka Momirović, Director of International Relations for HAS, “and work closely with the CBP Science & Technology team and ACI-NA in efforts to further develop technologies and enhancements that will benefit international passengers in processing, as well as provide a better overall customer experience.”

This first-of-its-kind app was developed in partnership with CBP by Airports Council International- North America (ACI-NA) and their technical partners.

“Through our partnership with U.S. Customs and Border Protection and Airside Mobile, Mobile Passport Control was designed to facilitate fast and efficient entry into the United States while maintaining the highest security standards,” said ACI-NA President and CEO Kevin M. Burke. “With more than one million passengers having downloaded this innovative tool, we are excited for even more airports to adopt Mobile Passport in the year ahead.”

MPC currently offers U.S. citizens and Canadian visitors a more efficient in-person inspection between the CBP officer and the traveler upon arrival in the United States. Much like Automated Passport Control (APC) the app does not require pre-approval and is free to use. Travelers who successfully use the app will no longer have to complete a paper form or use an APC kiosk. As a result, travelers will experience shorter wait times, less congestion and faster processing.

Information about Mobile Passport Control, including how to download the app, user eligibility and other frequently asked questions, is available on CBP.gov. CBP’s website also offers rules and tips for clearing CBP inspection during travel to and from the United States.