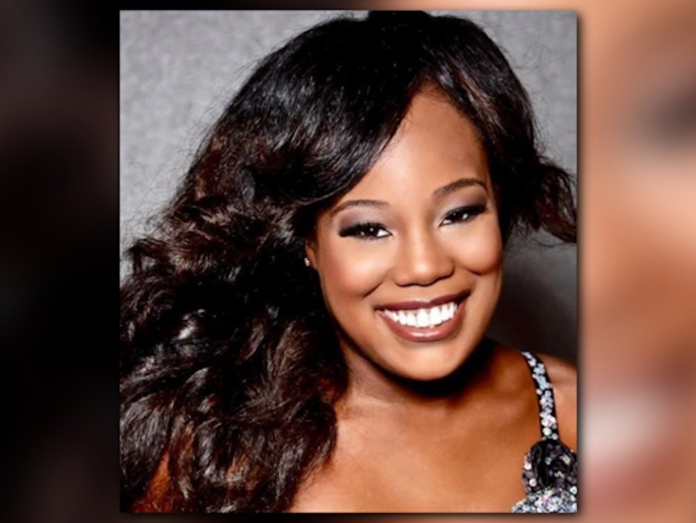 Updated Tuesday, June 27, 2017, 1:35 p.m. EDT: Commerce Independent School District trustee Michael Beane resigned Tuesday morning, CBS DFW reports. Carmen Ponder’s attorney, Lee Merritt, told The Root: “Neither Beane nor Crews accept responsibility for their actions, nor the pain they caused Ms. Ponder, but they have been sure to paint themselves as victims of the Black Lives Matter movement. Ms. Ponder’s experience with both of these men shows why they would allude to this.”

Updated Monday, June 26, 2017, 11:30 p.m. EDT: Commerce, Texas, Police Chief Kerry Crews has resigned and will be stepping into a new position as assistant to the city manager, a position he created with City Manager Darrek Ferrell, Dallas News reports.

Commerce Mayor Wyman Williams read Crews’ resignation letter during the City Council meeting Monday evening. In the letter, Crews insisted that he didn’t see race or gender when, while wearing his plainclothes, he detained and put his hands on Ponder.

If Crews is to be believed, he just saw a faceless, raceless, genderless mass of skin and bones who did not show him the proper deference that he felt his badge afforded him.

Ponder’s lack of deference—namely, knowing her rights—caused Crews to become “emotional” because it was the culmination of a rough few years, his resignation letter read.

Be clear: Crews’ being allowed to create a special role to take the place of his police-chief position looks nothing like justice. White male nepotism ensured that Crews was able to brush the dirt off of his shoulders and keep it moving. It is this same good ol’ boys’ club that caused him to come to the rescue of his friend Michael Beane, the member of the Commerce Independent School District board of trustees who did, in fact, follow Ponder into a Walmart’s parking lot after illegally teaching his daughter to drive, and then call Ponder a “black bitch.”

This is why Ponder spent a night in jail and Beane’s name remained protected information even though he both instigated and exacerbated the incident.

This is what they do; they don their (victim)hoods, and they look out for each other no matter how obscene the display of power, privilege and violence—institutional and otherwise—may be.

Carmen Ponder was verbally assaulted by one white man and then physically detained by another white man, all because the former called her a “black b**ch” and Ponder had the audacity to believe that she’s a free human being.

She had the audacity to believe that a white man in plainclothes—who is friends with a white supremacist, slur-wielding “motorist”—needed to be properly identified before she accepted the notion of his authority. She had the nerve to laugh at how transparently and pathetically racist those two white men clearly were as they worked in tandem to make her appear to be the angry, emotional, belligerent black woman.

The cellphone footage is clear.

Commerce, Texas, Police Chief Kerry Crews and a man identified by Ponder’s attorney, Lee Merritt, as Michael Beane, a member of the Commerce Independent School District board of trustees, deployed the power vested in them by virtue of their whiteness, by virtue of their maleness and by virtue of a state that loves etching trauma into the bones of black people to put Ponder in her place.

Tomorrow Commerce City Council holds a special session- let me not keep you in suspense-they're going to reinstate Crews w/ no punishment pic.twitter.com/eLM6E11rVQ

As previously reported by The Root, Ponder initially believed that Crews shouted the racist and gendered slur at her after she signaled and passed him on the road as he illegally taught his 14-year-old daughter how to drive. The motorist, however, turned out to be Beane.

Crews, off-duty and in plainclothes, just decided to provide backup for Beane by, as the footage shows, accosting Ponder, refusing to allow her to exit a Walmart and ultimately ordering an officer—who was actually on duty—to arrest her on charges of evading arrest after saying repeatedly that she was not being arrested, just detained.

A law firm retained by the city of Commerce to defend against Ponder’s claims of race-based discrimination determined that Crews had not called her a “black bitch,” but said absolutely nothing about the circumstances surrounding Ponder’s arrest, nor the arrest itself. Discrimination is not just verbal; it is systemic and intentional—and in this case, as in many others, it is obvious.

Crews remains on administrative duty because of his role in Ponder’s detainment and ultimate arrest. The Commerce City Council is holding a special session Monday evening to “deliberate the appointment, employment, evaluation, reassignment, duties, discipline, or dismissal” of Crews.

Black women, and the many ways in which state violence specifically harms black women, are front and center in the Movement for Black Lives for myriad reasons; Ponder’s experience is but a recent example.

In the meantime, the city of Commerce continues to rally behind Crews. Beane, if the video is any indication, has opted for the slightly nervous “Gee golly, I’m harmless and hate all this fuss” look of privileged, country white boys who understand that all they have to do is just be and everything will be all right.