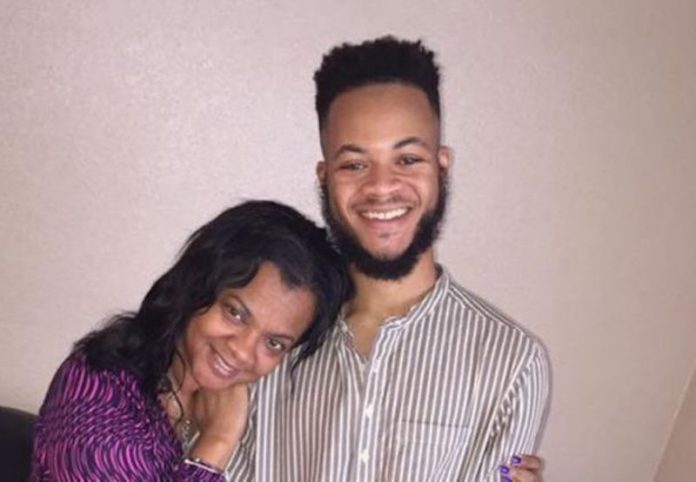 Officers were interviewing him in downtown Houston, according to ABC and The Associated Press.

BREAKING @ABC: Carl Conyers found safe at 2:20am this morning. HPD not releasing any other information until later this morning

PREVIOUSLY: Anxious family members are gathering in Texas as authorities try to figure out where to look for 21-year-old Carl Conyers, the youngest son of U.S. Rep. John Conyers (D-Mich.) who has been missing since Tuesday.

“It’s terrible,” Conyers girlfriend, Daisha Lewis, 20, told The Huffington Post. “We don’t know what’s happened or where he is.”

Conyers is a sophomore at the University of Houston. His father, 87, has served in Congress since 1965 and is the first African American to hold the distinction as dean of Congress ― its most senior member, according to his online biography.

The missing man’s mother, Monica Conyers, was among relatives who flew to Houston from Michigan to join the search on Thursday. “They took the first flight out,” Lewis said.

According to Houston police, Carl Conyers was last seen by a roommate Tuesday afternoon at their apartment, about a mile from the university campus.

Conyers apparently shaved his beard hours before he vanished.

“It was strange for him to do that and when his roommate asked if he was OK, he said, ‘Yeah, I had a crazy day,’” Lewis said. “We’re not sure what that was about.”

Conyers was reported missing to the police after friends were unable to locate him.

The case took a bizarre twist on Wednesday night, when Lewis received a Twitter message from Conyers’ account. At the time, she and other friends were looking for clues inside Conyers’ apartment.

“I’m not sure it actually was him,” she said of the message writer. “The message said he was OK and for everyone to meet him at a building on campus. It didn’t really make sense, but we went.”

Conyers wasn’t at the campus building. When the friends returned to his apartment, they discovered someone had been there while they were gone.

“Someone had taken stuff of his,” Lewis explained. “His identification, which was on the bed when we left, was missing, along with his bank card and some clothes.”

According to The Houston Chronicle, The FBI and the Secret Service are assisting city police in search efforts. The volunteer missing person organization Texas Equusearch is reportedly helping.

#HPD & @TexasEquuSearch back at Carl #Conyers apartment. They're examining his car. The 21YO also left his phone & wallet at home. #khou11 pic.twitter.com/FlMyuxqwQD

Lewis, who has been dating Conyers for about a year, said it would be out of character for her boyfriend to take off without telling someone.

“Anyone that knows Carl knows he’s a very caring, responsible, considerate person,” she said. “To my knowledge, he’s never had any major problems.”

Carl Conyers is described as African American, approximately 6 feet tall and 145 pounds, with black hair and brown eyes. Police say he likely looks different than he appears in photos, which show him with a beard.

“I can’t sleep,” Lewis said. “It sucks not knowing anything.”