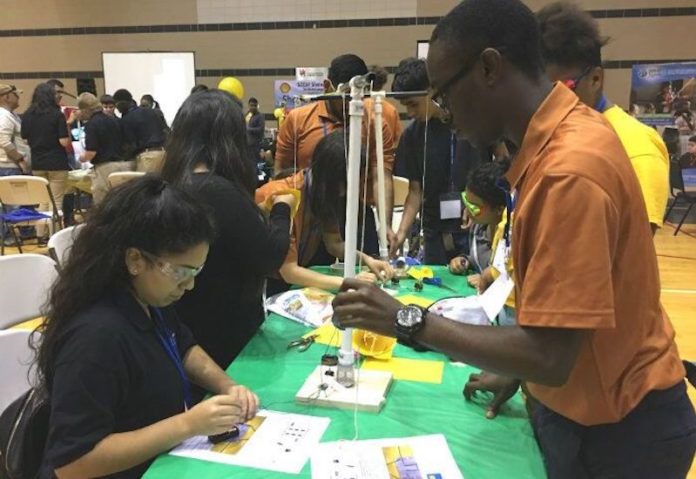 It is no secret that 2016 has been a rollercoaster ride for Houston’s petroleum industry.  Since the middle of 2014, the price of oil has fallen and recovery remains elusive, causing a lack of confidence in the job market and slow growth.  The impact of this data is greatly felt in diverse communities throughout the Gulf Coast region.

“Industries like oil and construction are driving forces in the labor market in states like Texas and Louisiana,” said Dr. Julianne Malveaux, a nationally recognized labor economist and former college president. “Unfortunately, minority communities tend to suffer the greatest during these economic trends.”

As a world leader in the industry, Shell Oil Company is no stranger to this uncertainty and held fast to their ongoing commitment to expanding and diversifying their workforce while cementing community partnerships.

“At Shell we are committed to creating and promoting stronger ties with local and national stakeholders who share our workforce and educational achievement vision,” said Frazier Wilson, Director, Workforce and Community Strategic Initiatives. “We recognize the strength of our industry and the sustainability it adds to our regional economy. Because of that, it requires an increased investment in STEM education and support for scholarship programs which are imperative for growth.”

For the sixth year, Shell served as the presenting sponsor of the Back 2 School Fest.  Shell executives and over 160 company volunteers, joined Houston Mayor Sylvester Turner to give away backpacks filled with school supplies and provide a wide range of health and social services to over 25,000 Houston families.

“As a presenting sponsor of the Back 2 School Fest, we believe it is a great way to start a new school year and demonstrate the impact the education, political and business communities can have when we work together to improve the achievement of our students,” said Scott Ballard, vice president, Human Resources, US Operations at Shell Oil.

In late September, all roads led to the campus of the University of Houston where more than 130 high school students came to participate in an all-day science competition known as the Shell STEM Showdown.  Sponsored by Shell and their partner Great Minds in STEM, the competition brought middle and high school students who currently attend “energy academies” founded by the Independent Petroleum Association of America (IPAA) and PESA (Petroleum Equipment & Services Association) to address the worker shortage in the energy industry.  At the event, students were put into teams and challenged with building a working model crane from PVC pipe and battery-powered motors.  The students also programed a robotic rover that navigated a large maze.

All things considered, 2016 was a great year for Shell and the communities they support.