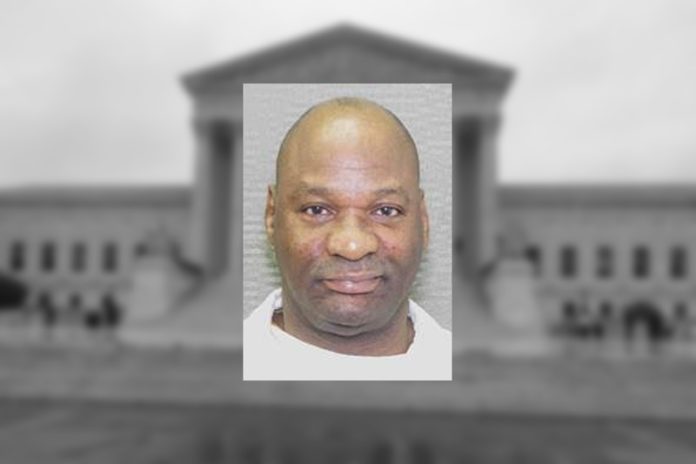 It’s unconstitutional to execute people with intellectual disabilities, that much the U.S. Supreme Court has made clear. But things get fuzzy when individual states try to legally determine “intellectual disability,” and that ambiguity is leading Texas to its latest hearing before the high court.

The eight justices recently heard arguments surrounding Texas’ method of determining the condition, ultimately deciding if the state’s approach fits within past rulings specifying who can be put to death. The case is brought forth by Bobby Moore, a death row inmate of more than 36 years.

In April 1980, Moore, then 20, walked into a Houston supermarket with two other men, wearing a wig and holding a shotgun, according to Texas’ brief to the high court. He approached the clerks’ counter and shot 73-year-old James McCarble once in the head, killing him. Decades after receiving the death sentence, the 57-year-old man still sits in prison.

Moore’s appeals have been exhaustive; he was even granted a second sentencing hearing in 2001 and again handed the death penalty. In his latest appeal, Moore’s attorneys claim he is intellectually disabled, which would make him ineligible for execution. But courts have disagreed on how to legally determine the disability.

Two previous Supreme Court rulings have addressed executing intellectually disabled people. In 2002, Atkins v. Virginia ruled that executing those with the disability violates the Eighth Amendment’s ban on cruel and unusual punishment, but left it up to the states to legally define the condition. In 2014, Hall v. Florida specified that an IQ higher than 70 did not alone eliminate the condition, and that legal determination “is distinct from a medical diagnosis but is informed by the medical community’s diagnostic framework.”

Attorney Cliff Sloan, representing Moore, argued that the CCA violated the constitution by requiring courts to use medically outdated standards to determine if a death row inmate is intellectually disabled and ineligible for execution.