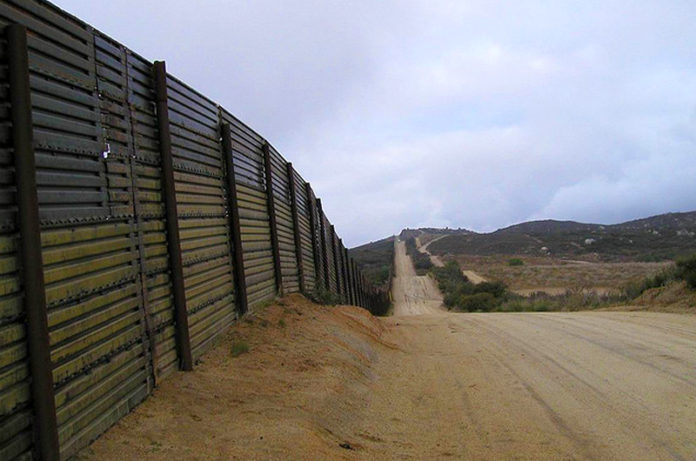 Few, if any, Texans in Congress support building a wall across the entire U.S./Mexico border, according to a Texas Tribune delegation-wide survey.

None of the 38-member Texas delegation offered full-throated support of a complete border wall, a position popular with President-elect Donald Trump’s supporters that would impact Texas more than it would any other state.

Instead, several members of the Texas delegation called for new policies on the border, including fencing and walls in some places, and beefing up security in other ways such as employing new surveillance technology and adding more federal agents. Several lawmakers did not respond to multiple requests by the Tribune for comment.

“We will construct a great wall at the border,” Trump said at a rally earlier this month in Cincinnati. But the president-elect has also discussed only constructing a wall in areas where natural barriers like rivers do not exist.

That would be at odds with many of Trump’s supporters, 79 percent of whom were in favor of building a wall across the entire U.S.-Mexico border, according to a Pew Research Center poll in August.

Some Texas Republicans in Congress told the Tribune they backed building a wall but declined to clarify whether it should be a contiguous construction from San Diego to Brownsville. U.S. Rep. Pete Sessions, R-Dallas, believes Trump’s support for a border wall is “an analogy,” according to a spokeswoman.

No Texas Democrat that responded to the Tribune’s survey offered support for a wall.

Among many Texas Republicans in Congress, the concept, while popular with the party’s base, collides with another conservative tenant: eminent domain.

A wall would require the confiscation of ranching land near the Rio Grande, and several Texas Republicans expressed concern about the federal government taking away property — often held by families for generations — and the legal tangles that would inevitably arise from that.

Here is where each Texan in Congress stands on one of Trump’s most popular campaign promises:

“Against it … I think we can handle border security in a much more efficient manner,” she said in an interview with the Tribune. “That means with, what I did some years ago with Sen. [John] Kerry, enhancing the resources that border patrol agents have, laptops, night goggles. Now it’s more sophisticated, of course. The road equipment, the helicopters that can provide surveillance, and certainly, we constantly, at Homeland Security, are looking for new technology, but the wall is both costly and, I believe, somewhat unusable.”

“If he wants to stop the influx of undocumented immigrants through our southern border, President-Elect Trump should focus on comprehensive immigration reform, not building another wall. We already have walls on the southern border,” she said in a statement to the Tribune. “That would be a massive waste of our country’s money and resources while still not fixing the problem. We must focus on bringing those undocumented immigrants out of the shadows and have a complete and comprehensive reform of our immigration system.”

“My point of view on anything that happens on the border is, what is the perspective of people that live on the border? And the ranchers, the mayors, the people that run the border communities and towns and cities, they’ve said there is no need for a wall,” he told the Tribune in an interview. “I would not be supportive of it. I wouldn’t want anyone coming to Fort Worth or into Dallas telling us what we need, if we were against that as a North Texas delegation.”