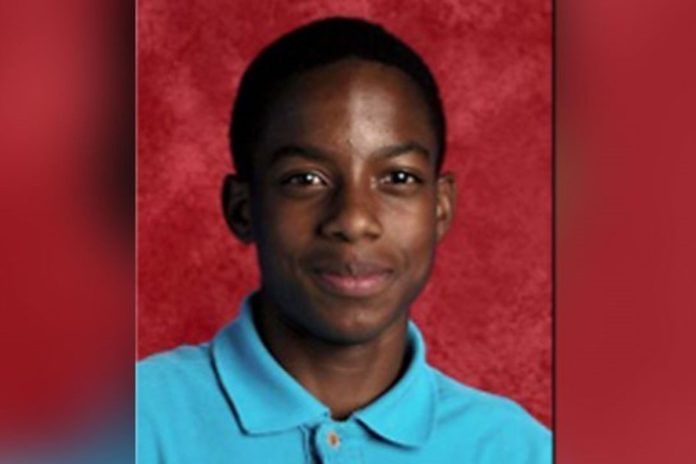 A 15-year-old boy was killed in Texas on Saturday after a police officer opened fire on a car in which he was riding, according to Dallas attorney Lee Merritt.

Merritt identified the teen as Jordan Edwards, a freshman at Mesquite High School. The attorney told HuffPost that Edwards was a “straight-A student” who was active in sports, popular and “well liked.”

“This kid had no kind of record or disciplinary history,” the attorney added.

Edwards died, according to Merritt, as the result of a single gunshot wound to the head. The teen is the youngest person to have been killed by police in the U.S. this year.

According to the Dallas County Medical Examiner’s Office, the shooting has been ruled a homicide, caused by a “rifle wound.” While AR-15 rifles are popular with law enforcement agencies, the medical examiner’s office on Monday declined to identify the type of rifle used in the shooting.

The circumstances leading up to the shooting are murky and police aren’t sharing many details, but they acknowledge that an officer is responsible for the shooting.

HE HAS A NAME: 15 year old Jordan Edwards was and shot and killed by a Balch Springs, TX police officer on Sat. night. He was unarmed. pic.twitter.com/q3Mkv8YLpT

Merritt, who represents the victim’s family, said Edwards was among “several dozen kids” who fled a party in Balch Springs on Saturday when they received word the police had been called.

“All the kids began to disperse and head back to their respective cars,” Merritt said. “As they were walking to their cars, they heard shots. No one knows where the shots came from.”

The Balch Springs Police Department said it was notified of a potential gunshot while heading to investigate report of “intoxicated juveniles” walking around in the 12300 block of Baron Drive. However, the source of the sound ― or whether it was even a gunshot ― remains unclear.

Merritt said Edwards and three other teens rushed into a vehicle driven by Edwards’ 16-year-old brother.

“As they backed out of a parking space, they heard someone shouting profanities at them,” he said. “Before they had a chance to respond, the person shouting at them shot three shots into the vehicle and one of the three rounds went into Jordan Edwards’ forehead.”

Balch Springs Police Chief Jonathan Haber on Sunday said an “unknown altercation” occurred before the shooting. He said the officer opened fire after the vehicle started “backing down the road toward the officers in an aggressive manner.”

Merritt said the chief’s explanation differs from that of witnesses.

“What [the chief] said gives the implication that the officer was in danger behind the vehicle and shot into the car, but the bullet came through the front passenger side window,” the attorney said.

Edwards’ brother, whom Merritt says was unaware the shots had been fired by a police officer, sped away from the scene.

“They got about a block away when they realized Jordan had been hit,” Merritt said. “They stopped the car and tried to flag down police officers that were passing by, but those police officers just kept going. They waited for a little while and another group of officers came by and they were able to flag them down and receive emergency help.”

Haber’s office has declined to comment further on the case, citing the ongoing investigation.

Merritt said none of the occupants in the vehicle with Edwards have been charged with a crime. He also said authorities did not find alcohol or weapons in the vehicle

Authorities have declined to identify the officer involved in the shooting. However, they have said the officer has been placed on administrative leave.

The U.S. Department of Justice and other national policing organizations recommend that law enforcement agencies institute policies prohibiting officers from shooting into moving vehicles. Experts note that it’s not an effective tactic to stop a car that is driving toward an officer, and that such actions often put innocent people at risk.

The Dallas County District Attorney’s Office is leading the investigation into the shooting. It has yet to share any specific details, but has offered condolences to the victim’s family.

“We … will continue to keep them in our thoughts and prayers as we move forward expeditiously, with a commitment to justice and transparency,” the agency said in a Monday statement to Dallas-Fort Worth’s WFAA News.

Merritt said the victim’s family is hoping the investigation results in charges being filed against the officer who fired the shot.

“This is not the kind of neighborhood where [violence] is common ― it’s an urban, rural neighborhood,” the attorney said. “They knew they were responding to a party with juveniles. They knew there was kids there, so you’d think there would have been an elevated level of caution.”