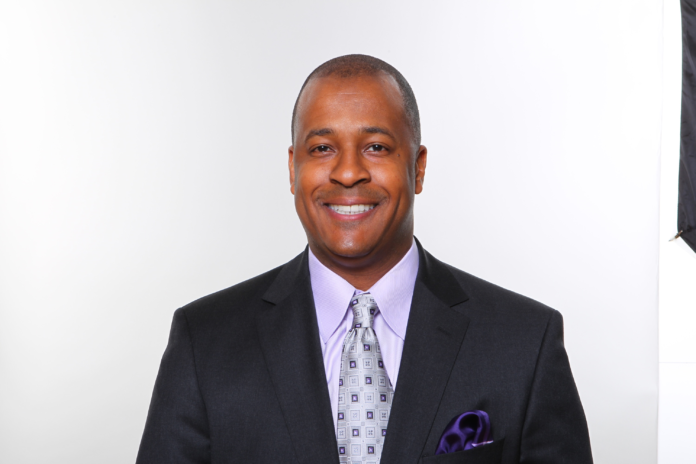 It’s safe to say that most college graduates have a certain level of pride in their alma mater. After you’ve struggled and strived for at least four years to grab that often elusive sheepskin, there’s a real emotional attachment to your school.

For Tony Wyllie, Texas Southern University class of 1993, that pride has manifested itself in the creation of the Pioneer Award to benefit TSU students.

Wyllie is one of the most honored executives working with an NFL franchise and is currently senior vice president of communications for the Washington Redskins. He was the Houston Texans first VP of communications.

He and his staffs have earned the prestigious Pete Rozelle Award, presented annually by Pro Football Writers of America to the best NFL public relations staff, five times during his career. He is the only executive in the NFL to have won the award with three different teams.

Wyllie, a native of Brooklyn, worked in TSU’s sports information department and interned with the Houston Oilers, San Diego Chargers and Dallas Cowboys. In addition to the Texans, he worked in communications with the Los Angeles/St. Louis Rams and Tennessee Titans.

He explained the establishment of the Pioneer Award.

“I wanted to create something that would celebrate the accomplishments of African- American executives in the NFL, as well be a way to promote Texas Southern and help them raise funds for students in need,” Wyllie said.

“The funds raised will go to the Gap Fund Scholarship. It will help TSU seniors who are on the threshold of graduation and have literally run out of funds. This is an historic occasion because from this day forward at every Super Bowl location we will honor someone and raise money for the Texas Southern Gap Fund.”

“The Pioneer Award and its funds will help our kids get from orientation to graduation,” said TSU President Dr. Austin Lane. “This will fill a financial gap which students usually have to finish to receive their degree.”

The inaugural award was presented to Kevin Warren, chief operating officer for the Minnesota Vikings. Warren is the highest ranking African-American in any of the NFL’s 32 franchises.

“I met Kevin back in 1997, when I was working with the Rams,” Wyllie recalled. “I had to look for an example of what to be like. Integrity, honor, God-fearing, mentor, professional, I could go on and on, but those are adjectives that describe Kevin Warren. So it’s no surprise to where he’s ascended professionally.

“A pioneer sets the standard. With this award, we want to recognize, going forward, the men and women of color in the National Football League. Therefore it’s fitting Kevin Warren be our first recipient. He represents what we’d like everyone to be like.”

For Warren, an Arizona native with parental roots that extend Marlin, Texas, receiving the award was humbling.

“I’m honored, humbled to stand before you today and receive this honor,” Warren said. “I really don’t deserve this. I really don’t think I’ve done anything special. I’ve only done what my parents and grandparents raised my family to do. I’m proud of my relationship with Tony, going back to those years with the Rams. He carries the Texas Southern flag around the world and he’s proud of it.”

“Tony Wyllie has done a phenomenal thing, to reach back to his alma mater, Texas Southern University,” Lane said. “We are so proud of him. On behalf of the TSU family I would like to congratulate Kevin for the excellent example he has set for our students to model themselves after. We know that our students will benefit greatly from this annual award.

“Kevin Warren is a great model for our students,” Lane continued. “His story today was about persistence, stick-to-it-ness and most importantly grit. When he talked about his obligation to pay it forward, his message rings volumes for all our students. He is a magnificent role model.”