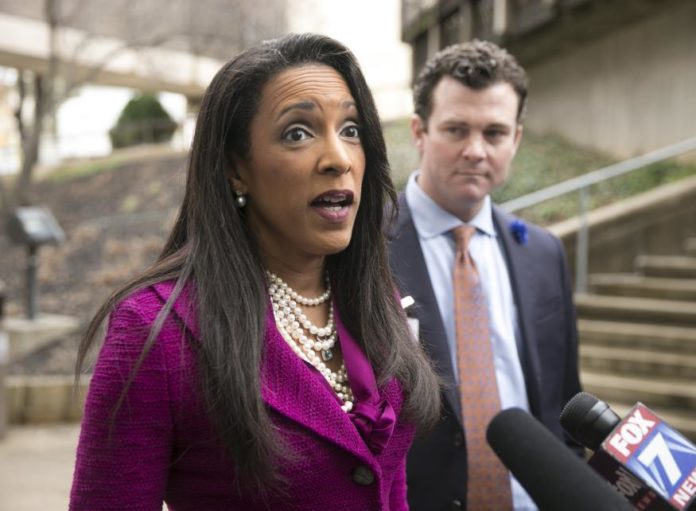 BY KIRBY WILSON AND ALEX SAMUELS

The Travis County District Attorney’s office has told state Rep. Dawnna Dukes it would drop corruption charges against her if she agrees to resign from office and agree to a drug and alcohol assessment by the end of business Tuesday.

As a part of the deal, Dukes, an Austin Democrat, must also pay $3,500 in fines and restitution. Dukes has denied charges that she had her legislative staff run personal errands and that she was compensated for days she did not work at the Texas Capitol. News of the deal was first reported Monday by the Austin American-Statesman.

“If she does not accept that deal, we’ve got to go to work and we’re going to be preparing for trial,” Travis County DA Margaret Moore said. “It’s time to move on.”

Moore said that her office has discussed similar deals with Dukes since last September.

“It’s not like it’s a brand new deal,” Moore said. “It’s just that we formally communicated it to her, so we can go ahead and get on with the trial.”

A spokesman for Dukes declined to comment on the offer Monday morning.

Justin Wood of the DA’s office said Monday morning that Dukes has not responded to the offer, which was formalized over two weeks ago.

In January, a Travis County grand jury indicted Dukes on 13 counts of tampering with a governmental record, a felony punishable by up to two years in jail and a fine of up to $10,000. These charges are based on allegations that Dukes made false entries on travel vouchers to obtain money for expenses she was not entitled to.

In addition, she was indicted on two charges of abuse of official capacity by a public servant, a misdemeanor punishable by up to a year in jail and a fine of up to $4,000. Those charges allege that Dukes used her legislative staff to work on the African-American Community Heritage Festival and be a live-in nanny for her daughter.

In June, the 12-term lawmaker pleaded not guilty to tampering with a governmental record and abuse of official capacity by a public servant. Judge Brad Urrutia set a trial date of Oct. 16.