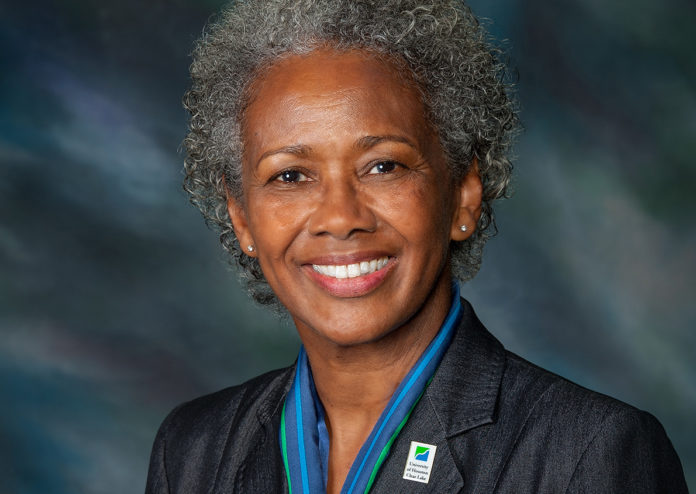 On Tuesday, Aug.1, University of Houston-Clear Lake makes history when it welcomes Ira K. Blake as the university’s fifth president – the first female and first African-American to serve in the role.

“My first priority is to continue UHCL’s evolution into a comprehensive four-year university, mission-focused on the delivery of high-quality educational experiences by outstanding faculty as we prepare all students for meaningful roles and satisfying careers in the Houston-Galveston metropolitan region, state, nation and beyond,” said Blake.

Blake joins the university after having served as provost and senior vice president for Academic Affairs at Bloomsburg University of Pennsylvania since 2009. Prior to serving at Bloomsburg, Blake was associate vice chancellor for academic and student affairs for Pennsylvania’s State System of Higher Education at Dixon University Center as well as assistant to the president for public engagement at Kutztown University.

“UHCL is a university on the rise and Dr. Blake has the necessary vision to build on our success,” said University of Houston System Chancellor Renu Khator shortly after announcing Blake as the sole finalist for the role of UHCL president.

Blake says that one of her overriding objectives is to be inclusive, to listen to all voices and to engage members of the UHCL community.

As a first-generation college student in a family of nine children, Blake says she understands the importance of a college education for all. She credits her sharecropper father and domestic homemaker mother with instilling the confidence in her as well as her siblings that they could do anything they desired.

“My parents always told us to ‘own where you come from’ and to know that it doesn’t prevent you from ending up anywhere you want to be,” said Blake.

She noted that having the desire is key, but having the financial support to realize the dream is often difficult.

“We need to look for additional ways to fund education to assure that students can attend the university and can receive a high-quality educational experience,” she said when discussing affordability as one of the challenges in higher education.

Blake and her late husband raised three children who now live throughout the U.S. She now embraces her role as grandmother to six.

UHCL began welcoming students in 1974 as an upper-level university and has evolved into a four-year university offering more than 80 undergraduate and graduate degree programs as well as three doctoral programs. During the spring, the university broke ground on three buildings including the STEM and Classroom Building and Recreation and Wellness Center at UHCL, and the Health Sciences and Classroom Building at UHCL Pearland Campus.

Find out more about UHCL by visiting http://www.uhcl.edu.