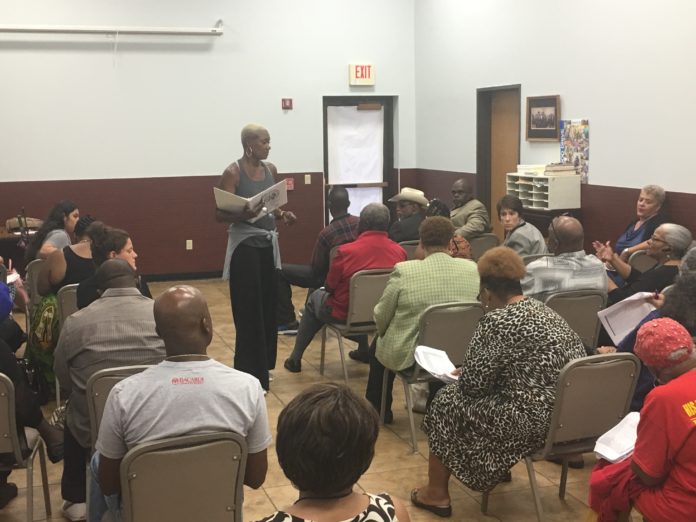 The Houston Independent School District could find itself with new managers – the State of Texas – if it doesn’t improve some of its failing schools.

The Texas Education Agency has given district officials until Sept. 11 to turn the low performing schools around or risk going into conservatorship. Thirteen schools are under the gun and if they aren’t improved, they could cause the district to be placed under the jurisdiction of state-appointed managers as early as next year

A 22-page letter dated July 13 specifically targeted Kashmere High School, which has received failing ratings since 2002 (with the exception of 2007 and 2008 when it improved under the threat of closure). HISD submitted a turnaround plan to get the school out of Improvement Required (IR) status. TEA officials did not approve that plan.

“The letter basically said that the plan that was submitted was deficient,” said HISD attorney Elneita Hutchins-Taylor. “And that a turnaround plan has to be reasonably calculated to make students perform at a high level. The commissioner, after reviewing the district’s plan didn’t feel like it was enough for the school to reasonably say if implemented, the school could come out of IR status. So they’ve given us another opportunity to come back, revise the plan, and submit it by Sept. 11.”

TEA officials told lawmakers that if even one of the district’s 13 schools that has struggled for at least the past three years receives failing accountability marks in 2017 and again in 2018, it could trigger state oversight of the entire district.

TEA would then do one of three things: Appoint a board manager who replaces the trustees; Plan alternative management of the school (i.e., hire an outside company); or close individual campuses.

HISD Trustee Jolanda Jones, who recently held an urgent community meeting to discuss the issue, said a TEA takeover would be disastrous for district schools.

“I look at history,” Jones said. “No school that TEA has ever taken over has survived. The conservator for Kashmere helped write the turnaround plan and TEA did not approve that plan.”

TEA could take over the district thanks to a law passed by the Republican-controlled legislature in 2015 that targets schools that have been in “improvement required” status for five or more years, as of the 2018-2019 school year.

While the state has taken over individual schools and smaller districts in the past, the law could overhaul how public education is provided in Texas. HISD is the seventh-largest district in the country, serving more than 210,000 students at over 280 schools and operating with a $2 billion annual budget.

HISD Superintendent Richard Carranza, board President Wanda Adams and other district leaders planned to travel to Austin to meet with TEA and key state officials.

“Houston ISD is aware of major concerns the Texas Education Agency has expressed regarding several of our schools considered ‘chronically underperforming,” the district said in a statement. “HISD shares the agency’s concerns and is working closely with TEA on the transformative work we must do at the local level to ensure every HISD student receives an excellent education.”

State Rep. Harold Dutton Jr., a Houston Democrat, said he could support a state takeover because he doesn’t have enough confidence in HISD to turn around schools that have been continuously identified as failing.