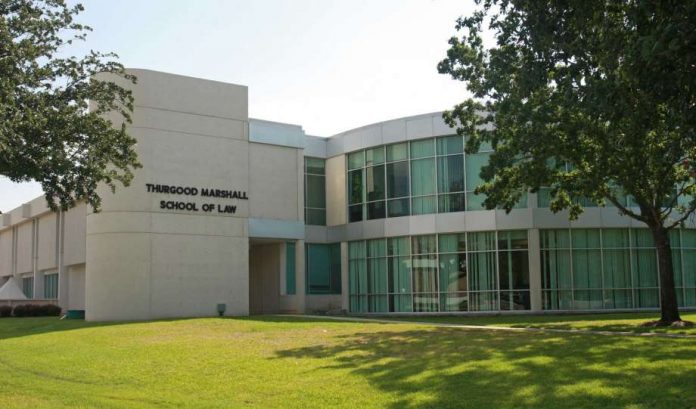 A bill that would separate the Thurgood Marshall School of Law from Texas Southern University is sparking controversy, but the man behind the legislation says people are in an uproar without knowing all the facts.

“I came up with a bill that said if – and only if – TSU is going to be placed into a system, would the law school be a standalone university,” said State Rep. Harold Dutton. “It’s not what people are making it out to be. Some people who have not talked to me at all decided that they knew better than I did what my intent was.”

Dutton, who is an alumnus of both Texas Southern and the Marshall School of Law, filed the bill on Feb. 25, which would transfer operational oversight of the law school from the TSU Board of Regents to its own separate governing body, and would grant eminent domain for the new board to purchase land in support of the new school’s operation.

In an email to alumni, Texas Southern President Austin Lane laid out the university’s disapproval of the bill, and alluded to a potential legislative plan to move the university into one of the state’s systems of higher education.

“It is important to note that there were no discussions with TSU’s administration or Board of Regents prior to the filing of this bill. Likewise, TSU is unaware of any plans or discussions among state legislators regarding TSU becoming part of a university system, which we understand to be the rationale behind this bill,” the statement said.

Bottom line, according to TSU administration, there is NO plan to move TSU into any system.

“TSU is very proud of its history as an independent public university – one of just four in Texas (in addition to Midwestern State University, Stephen F. Austin State University, and Texas Woman’s University). From a fiscal perspective, TSU has made tremendous strides in the past several years, including our latest Moody’s ratings, which give the University a “stable outlook” due to our financial practices, healthy reserve, days cash on hand, and a capital expenditure plan that is updating and modernizing the university in substantial ways,” the statement added.

And as long as that remains the case, Dutton says this is a non-issue, and he was simply being proactive.

“Friday is the last day you can file a bill in the legislature. And so if TSU goes into a system, the bill would have to be filed by Friday. What I didn’t want to get caught with was if someone had filed a bill to go into a system, we would’ve had no other option but to defeat that bill, which we’ve done on previous occasions. I wanted to give us another option.”

Dutton says he understands the outrage – from administration and alumni. But this was a protective measure, designed in no way to harm the school.

“People are responding like the old game in high school, where somebody told somebody something and they pass it along until it gets to the last person and you find out its nothing like what it started at,” Dutton said. “I’ve been dumbfounded at people’s attitudes because they pretend to know my intention and they haven’t talked to me.

“I’ve got two degrees from TSU, I have four sisters that graduated from TSU, my mother went to TSU when it was Texas State for Negroes. I couldn’t have gone to college but for TSU. Why anybody would ever reasonably think I’d do something negative toward TSU moves beyond ridiculous.”