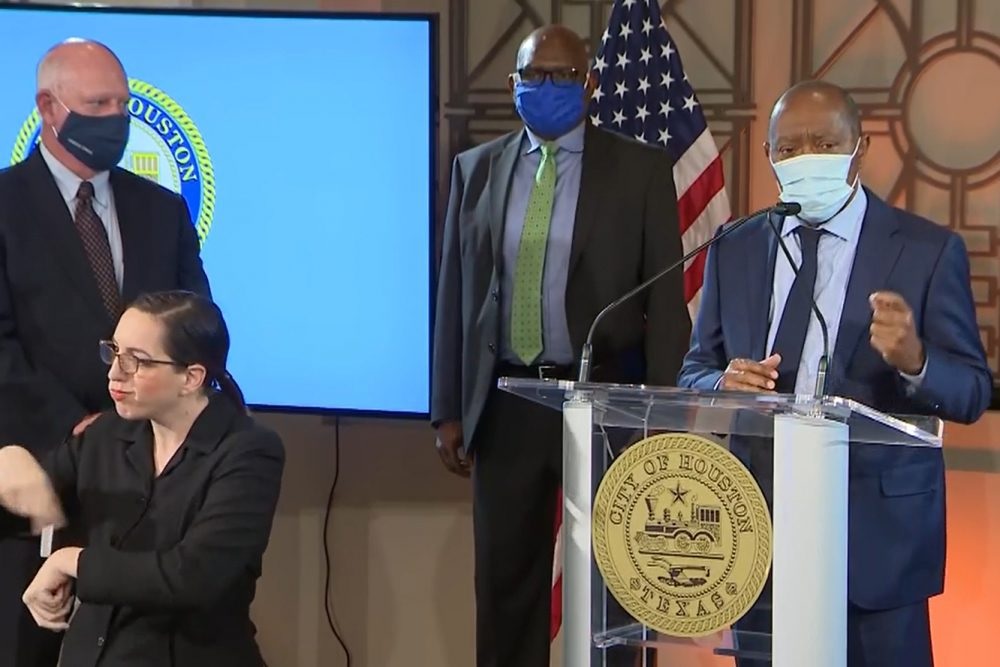 Amid the turmoil of the COVID-19 pandemic, Mayor Sylvester Turner presented the proposed budget for Fiscal Year 2021, preparing to close an estimated $169 million budget gap — an even greater shortfall than in 2018, when the mayor closed a $114 million gap for the first fiscal year after Hurricane Harvey, and worse than the $160 million shortfall in 2016.

It also calls for $14.5 million in new revenue, including $4.5 million from a proposed garbage and recycling bin leasing fee that many council members have opposed.

The proposed budget for all funds totals $5.1 billion — an increase of $62.2 million or 1.2% over last year’s budget. That total budget figure includes the $2.53 billion proposed general fund, which calls for a decrease in spending by $22 million from the current year.

The general fund covers the city’s basic operational costs, with around half of that money going to public safety. The city’s total budget combines the general fund with several other funds — enterprise funds, special revenue funds, internal services funds and service chargeback funds. 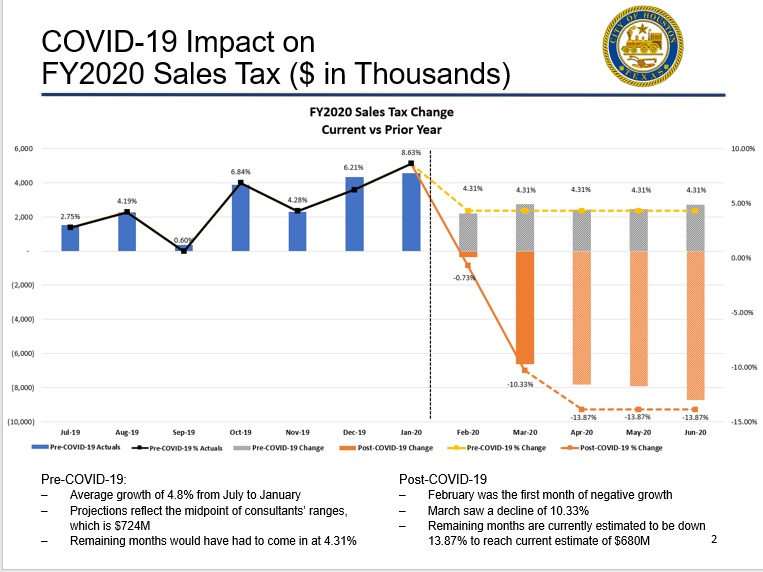 The city’s property tax revenue cap — originally passed by voters in 2004 — limits the city’s ability to collect revenue. Turner said in FY 2021 the revenue cap will result in around $187 million of lost revenue — a figure greater than the $169 million budget gap that Turner is predicting.

Given the dire predictions, Turner is proposing an ending general fund balance of 7.15% — below the required minimum 7.5%.

“For the first time since taking office, in order to balance the budget, we are drawing down an amount from the general fund balance which drops it below the required 7.5% expenditures less debt service and pay-as-you-go,” Turner said. “Since I have been mayor, we have always maintained a general fund balance of at least 7.5, but quite frankly it’s been more than 8%.”

The low ending balance is one indication of just how stressed the city’s finances will be in the year ahead.

“Per our financial policies, however, this is allowable in the event of economic instability beyond the city’s control, which is where we are today,” Turner said. “I don’t think there’s any question.”

The draw down includes $15 million from the budget stabilization fund.

“As we approach the hurricane season, it means that the economic stabilization fund is down to zero, which places us in a precarious financial state,” Turner said.

The proposed employee furloughs would not take place until after July 1 and would not impact any employees in the fire department or police department, the mayor said.

“We anticipate that about 3,000 employees will be impacted from furloughs, going up to a maximum of 10 days within the year,” Turner said, “That will generate about $7 million.”

While the city received $404 million in federal CARES Act funding, the mayor has said that money must be used on expenses related to COVID-19 and cannot be used to plug the city’s budget gap.

The mayor said it’s the fifth consecutive year that his administration has struggled to close a gap.

Last year, amid the ongoing debate over Proposition B voter-mandated pay increases for firefighters, Turner proposed a budget including 300 employee layoffs, though those layoffs didn’t make it into the final budget.