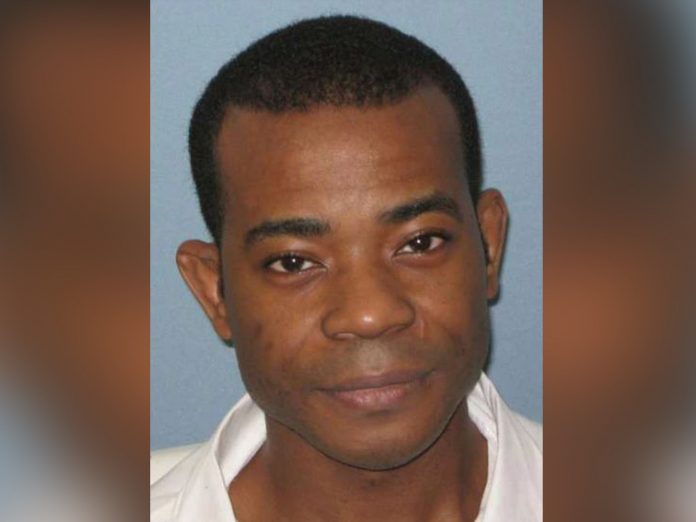 Woods, 42, did not give a final statement, but appeared to arrange his hands in a sign of his Islamic faith. He was pronounced dead at 9:01 p.m. local time, the department said in a statement Thursday.

Alabama Gov. Kay Ivey refused to stop the controversial execution, and the US Supreme Court denied a last-minute stay, after first ordering a temporary halt only minutes before Woods had been scheduled to die.

Woods was convicted in 2005 of capital murder, but there were questions about his culpability, his representation at trial, and his co-defendant, Kerry Spencer said Woods was innocent.

Just hours before Woods was slated to die, Woods’ attorneys petitioned the Supreme Court to block the execution, citing concerns about the method by which he was to be executed.

In a phone interview from William C. Holman Correctional Facility in Escambia County, Spencer told CNN that he alone fatally shot the three officers in 2004 when they stormed the crack house where he was sleeping. A fourth officer was shot but survived.

Activists, including Martin Luther King III, Bart Starr Jr., and Woods’ attorneys, had asked Gov. Kay Ivey to commute his sentence, but in a Wednesday statement, state Attorney General Steve Marshall called Woods’ punishment just. He took issue with those who said Woods was innocent or that he surrendered to police during the June 2004 drug raid.

“The falsehoods are the descriptors ‘surrendered’ and ‘innocent’: Neither apply whatsoever to Nathaniel Woods, whose actions directly caused the deaths of three policemen and injury to another,” the statement said. “Justice is set to be carried out tomorrow. The only injustice in the case of Nathaniel Woods is that which was inflicted on those four policemen that terrible day.”

Ivey’s general counsel said in a letter to Woods’ attorney Thursday night that the governor wouldn’t stop the execution.

“Governor Ivey does not presently intend to exercise her powers of commutation or reprieve in this case,” William G. Parker, Jr. wrote.