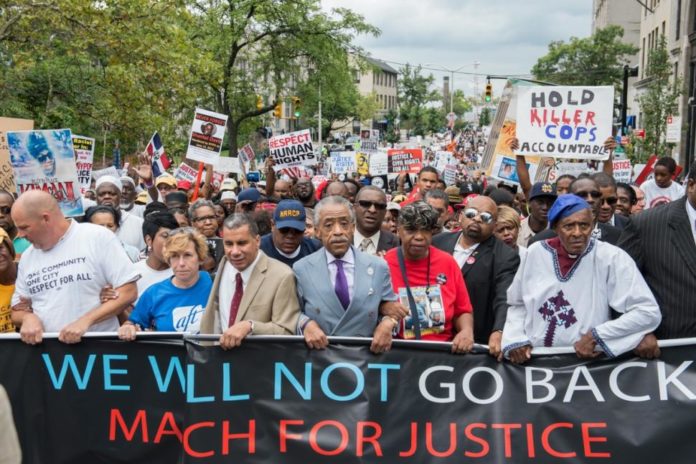 One thousand ministers are expected to converge on the nation’s capital next month as part of Rev. Al Sharpton and the National Action Network (NAN) Ministers March for Justice. The march will go from the Martin Luther King, Jr. Memorial to the Department of Justice on Monday, Aug. 28.

The ministers, from all denominations, will convene in Washington, D.C., to reaffirm their commitment to the social justice movement and to stand in solidarity in the spirit and legacy of Dr. King.

Organizers said clergy will hold the Trump administration and Attorney General Jeff Sessions accountable in the wake of an increase in hate crimes, mass incarceration and discrimination.

The faith leaders will unite to send a message that religious communities will not stand by idly as rights are stripped from people in their congregations including voting rights, health care, economic opportunity, criminal justice rights and more.

“We are in grave times that call for vigilance and a mobilized effort to confront the Administration around issues that are taking us backwards,” said Sharpton, president and founder of NAN.

“Faith leaders will be summoned to reaffirm the call to their congregations that faith will drive the movement for justice in today’s times.”

This year’s march coincides with the 54th anniversary of the March on Washington for Jobs and Freedom. It was held on Aug. 28, 1963 and Dr. King delivered his famous “I Have a Dream” speech during the march.

“Fifty-four years ago, a clarion call for voting rights and economic justice was issued by Dr. King and today under the current administration many of the same issues are prevalent –voter disenfranchisement, economic disparity, discrimination, and the need for criminal justice reform,” said NAN.

Founded in 1991, NAN “works within the spirit and tradition of Dr. King to promote a modern civil rights agenda that includes the fight for one standard of justice, decency and equal opportunities for all people regardless of race, religion, nationality or gender.” For more information visit www.nationalactionnetwork.net