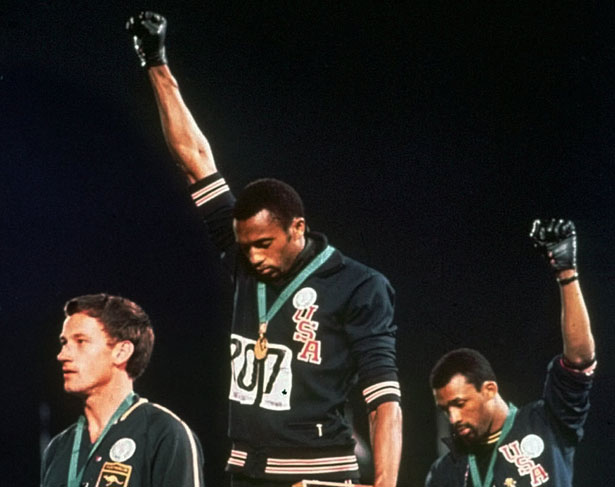 This year marks the 50th anniversary of 1968, the year that arguably impacted Black people more than any other in the past century. Filled with events that still reverberate to this day, 1968 was one for the history books. Here are some of the big moments.

Tensions between students and police escalated over three nights, following efforts by students to desegregate a bowling alley in Orangeburg, S.C. On the night of Feb. 8, three students – Samuel Hammond, Henry Smith, and Delano Middleton, who was still in high school – were killed by South Carolina Highway Patrol gunfire on the South Carolina State College (now University) campus in Orangeburg. Twenty-eight others were wounded. None of the students were armed and almost all were shot in their backs, buttocks, sides, or the soles of their feet. Nine officers stood trial for excessive force but were acquitted of all charges.

Howard University students held a five-day sit-in on campus protesting its ROTC program, the Vietnam War and demanding a Black Studies program. More than 2,000 students occupied the administration building while other students fortified their positions in school dorms, pledging to violate a university order to clear out until student demands were met. Those demands included (1) the resignation of Howard’s president James M. Nabrit Jr., (2) Black history and culture infused in the curriculum and school involvement in the community, 3) dropping of misconduct charges leveled against 39 students for protests at a March 1 event, and (4) the establishment of a campus judiciary system. The protest ended with students immediately winning two of their four demands.

President Lyndon B. Johnson of Texas announced his decision not to seek re-election, leaving Black people fearing the potential loss of federal support for Civil rights. According to James R. Jones, LBJ’s chief of staff, “The real reason for Mr. Johnson’s withdrawal was Vietnam. It was an involvement he had questioned as a Senator and about which he brooded as President. But his sense of Presidential continuity compelled him to pursue the commitments made by Presidents Dwight D. Eisenhower and John F. Kennedy.” Others contended that LBJ was also worn down by the fallout from Dixiecrats (Democrats from the South) who switched to the Republican Party when LBJ signed civil rights legislation.

King was shot at 6:05 p.m. while standing on the Lorraine Motel balcony in Memphis. He was rushed to nearby St. Joseph’s Hospital where he was pronounced dead an hour later. King was in Memphis in support of a sanitation workers’ strike. He was also in the process of organizing a national Poor People’s March on Washington when he was assassinated. Civil Rights leaders pleaded for peace, yet riots broke out in more than 125 U.S. cities. President Johnson called for a national day of mourning to be observed on April 7. On April 8, King’s widow, Coretta Scott King, and other family members joined thousands of participants in a march in Memphis honoring King. He was buried on April 9. Though a white man, James Earl Ray, confessed to the murder and was convicted (he died in prison in 1998), a Tennessee court in December 1999 ruled that “governmental agencies” were responsible for King’s murder.

Dr. Nathan Hare helped establish the nation’s first Black Studies program at San Francisco State University. Students of color collaborated to get the program, then worked to secure Chicano Studies, and others. Hare had been fired by Howard University for siding with students fighting for a Black Studies program there. (His Howard students included activist Stokely Carmichael and Claude Brown, author of “Manchild in the Promised Land.”) Hare also battled with the college administration at San Francisco State and left the college in 1969. Hare later founded a scholarly periodical and Black think tank.

During the Summer Olympics in Mexico City, Tommie Smith and John Carlos silently raised black-gloved fists during the National Anthem protesting U.S. racism. The pair won the gold and bronze medals in the 200-meter race, but were condemned by the International Olympic Committee for their act, and expelled from Team USA two days later. Various U.S. media outlets labeled their action a “Nazi-like salute” “an embarrassment visited upon the country,” and “an insult to their countrymen.” Sportscaster Brent Musburger, then a young reporter, called Smith and Carlos “a pair of black-skinned storm troopers.”, a slur for which he has never apologized. Despite the negative storm, they were hailed as heroes by the Black community.

Republican Richard Nixon defeated Democrat Hubert Humphrey to win one of the closest presidential elections in history. Nixon campaigned to fight for law and order, and stand for the country’s “Silent Majority” (i.e. white people). The good news for African-Americans was that Shirley Chisholm became the first Black woman elected to the U.S. House of Representatives. Four years later (1972) she became the first Black major-party candidate to run for president.