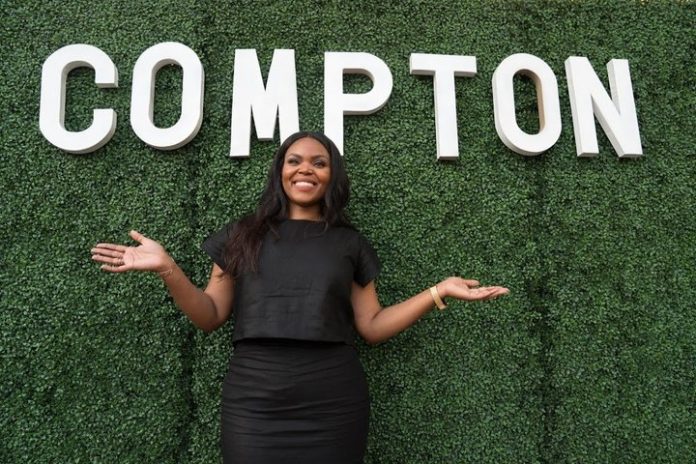 Aja Brown was sworn in for her second term as Compton’s mayor on July 7. After taking her oath to serve another four years in office, the 35-year-old told the audience of 500 that now is the “time to move forward.”

Brown continued by saying she ran for mayor because she believes she can bring change to the city.

“Progress comes at a price,” she said. “You have to be willing to make tough calls and takes the hits. For those of you that have followed the last four years, you know that we’ve had our fair share.  But I can tell you without a doubt that this journey has been nothing short of amazing and I give God all the glory and thank the residents from the bottom of my heart for allowing me to serve as your mayor.”

Watch Brown’s swearing-in for her second term in the video below.