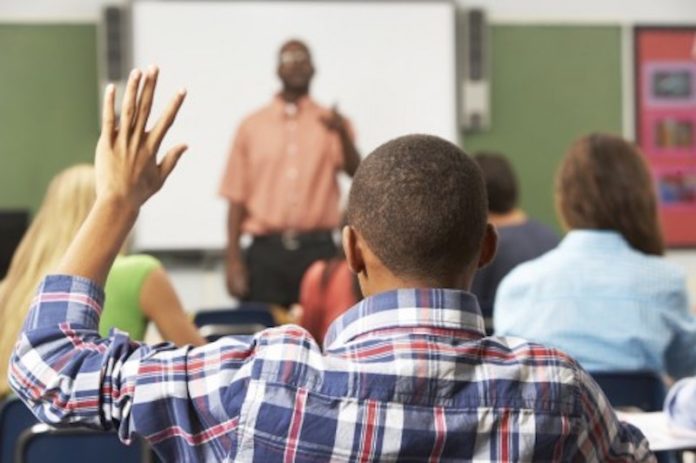 Let’s start this off by reminding folks that Arizona was one of the last states in the nation to recognize the Martin Luther King Jr. national holiday (and lest we forget, John McCain voted against its recognition, too).

Living up to that lovely legacy, Republican lawmakers in the state are now advocating legislation to prohibit school courses and events that promote “ethnic studies and social justice”— obviously targeting black and brown citizens of the copper state.

The Guardian reports that the newly introduced bill, HB 2120, which builds on an existing GOP-backed law that banned a Mexican American studies class, would prohibit “courses, classes, events and activities” in public schools that promote “social justice toward a race, gender, religion, political affiliation, social class or other class of people.”

According to Tuscon.com, Rep. Bob Thorpe of Flagstaff, Ariz., who introduced the bill, said the 2010 law that targeted “ethnic studies” courses at some public schools, including those in the Tucson Unified School District, does not go far enough with its prohibition against teaching anything that promotes resentment toward another race.

Thorpe reportedly not only wants to ban not just classes but any events or activities that “negatively target specific nationalities or countries,” and would extend the new restrictions to community colleges and universities.

The new bill also gives the state attorney general the power to withhold up to 10 percent of state aid if he or she determines a college or university is in violation.

“By attempting to legislate against certain types of activities that focus on people of color, women or social justice issues,” said Rashad Shabazz, head faculty in the program of justice and social inquiry at Arizona State University, “it really undermines the ability of the university to function as a space of intellectual engagement and debate.”

The Guardian reports that in Wisconsin, a Republican senator recently attacked an undergraduate program focused on “unpacking masculinity”, which the lawmaker called a “war on men.” Lawmakers there have also threatened to cut funding over a race relations course called The Problem of Whiteness and a reading assignment about gay men’s sexual preferences that a legislator said was “offensive.”

The University of California, Berkeley, last year cancelled a course examining Palestine “through the lens of settler colonialism” following an outcry from pro-Israel groups, but later reinstated the class.

Arizona’s 2010 law banning a specific Mexican American studies program in Tucson continues to be the subject of lengthy litigation.