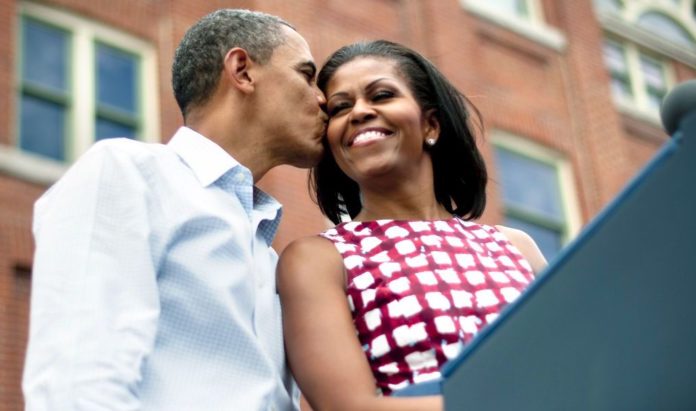 A bidding war over the global rights to two books from former President Barack Obama and his wife Michelle has surpassed $60 million, according to the Financial Times.

The potential sum would mark a record for a U.S. president’s memoirs, according to the outlet, which reported Tuesday the former president and first lady are writing separate books but selling the rights jointly.

At least four publishers are involved in an auction over the Obama books, sources told the Times. Penguin Random House, which published Obama’s last three books, is reportedly leading the pack of contenders. HarperCollins, which is owned by Rupert Murdoch’s News Corp., is reportedly also in the running.

Sources briefed on the auction’s standing said Macmillian is a third competitor, while Simon & Schuster, which is owned by CBS, remains a fourth player.

A decision on the winning bid is expected soon.

As a Democratic senator from Illinois, Barack Obama published a pair of bestselling books.

“Dreams from My Father” was initially released in 1995 and earned $6.8 million in royalties after its re-release in paperback in 2004, according to Forbes.