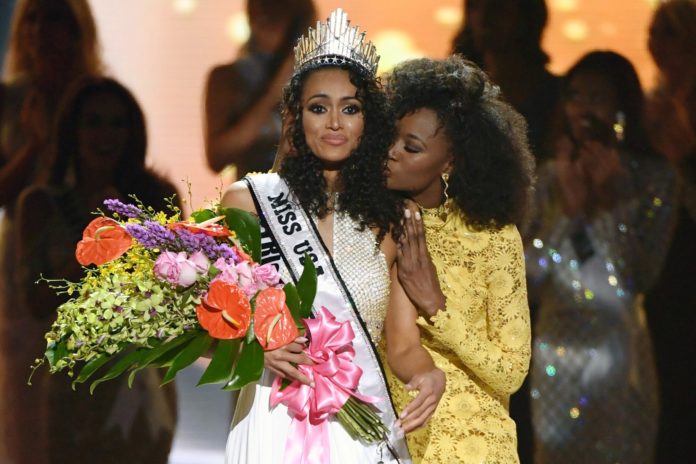 A Black woman has been crowned Miss USA, but not before igniting a firestorm of criticism for one of her pageant answers.

“As a government employee, I’m granted health care. And I see firsthand that for one, to have health care, you need to have jobs, so therefore we need to continue to cultivate this environment so that we’re given the opportunities to have health care as well as jobs for all Americans worldwide,” McCullough, who is a scientist at the U.S. Nuclear Regulatory Commission, added.

The comments sparked major backlash online, especially considering the fact that Republicans recently pushed through the American Health Care Act (AHCA) in a controversial move that had not been scored by the Congressional Budget Office to see what the cost of the bill would be and how many Americans stood to lose health care coverage.

“Miss DC was my fav but … not after that answer,” wrote Twitter user Charlsley Carey. “Everyone has a right to health care.”

Later, McCullough also stirred up debate online for her answer on feminism. (“As a woman scientist in the government, I’d like to lately transpose the word feminism to equalism.”) But as it turns out, a possible controversy doesn’t necessarily matter to the judges — at the end of the night, she was named the winner.

It’s the second year in a row Miss D.C. won the title. There was no word from McCullough on the controversy.

Last year, D.C. resident Deshauna Barber, an Army Reserve officer and IT analyst, was named Miss USA 2016. On Sunday, she honored her late mother by wearing her natural hair for the final walk as Miss USA, a decision that was celebrated on Twitter.

McCullough was also asked if she considered herself a feminist.

Many on Twitter criticized her responses while others rushed to McCullough’s defense.