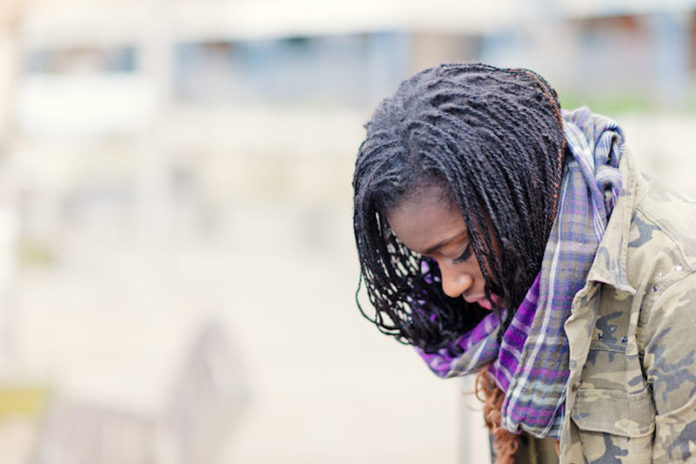 Every time someone knocks on her door, *Khadijah panics, unable to move. She wonders if this is it, the day ICE will arrest her for being undocumented and deport her to the country she left as a child more than 15 years ago. She can’t breathe, knowing the life she has worked so hard to build for herself can be taken away in the few seconds it would take her to open the door.

Everyday conversations put a knot in her stomach, her fear forcing her to make gut decisions about who to trust—the Uber driver asking her where’s she from after hearing her accent; the man she’s dating when he asks her questions about her life; acquaintances when they ask why she is so nervous around the police. “Delivery!” yells the UPS man as he leaves a package at her door. Khadijah waits until she hears his van drive away before she allows herself to breathe. She’s safe—for now.

Khadijah is not just undocumented. She’s Black. There are approximately 565,000 Black undocumented immigrants across the country who are erased from the (non-black)Latinx-dominated immigration conversation despite being disproportionately targeted by both the criminal justice and immigration systems. The racial profiling, tougher sentencing, and mass incarceration of Black people makes it so we are detained and deported at disproportionately higher rates than non-Black immigrants.

Hidden in plain sight, our stories are erased and we disappear in the deportation machine without anyone checking twice. This isn’t new. We experienced this under the Obama administration, some of us blindsided as our first Black president strengthened the brutal deportation machine and deported more immigrants than any other president. The current administration and its followers have openly spewed hate, racism, and xenophobia from the campaign trail to the White House. It is not a matter of “if” more of us will be impacted, it is a matter of “when.”

Engaging in mental health services carries a continued stigma, as feelings of shame and pain arise for members of our community in not being able to individually cope with the stressors that are often not recognized for what they are – trauma: the fear that today can be the day that you are violently detained and deported; the self-monitoring of your words and actions to ensure you keep out of sight from authorities; the anxiety about finding a way to make a living, pay for school, or provide for your loved ones; the suffering, isolation, and silence; and the separation from family members and support systems.

And while some of our community members have been granted changes in their legal status, it does not erase any of their trauma from being an undocumented Black immigrant. Many people have begun speaking more openly about their depression, anxiety, and mental and emotional pains but they are often hindered by being unable to access mental health resources due to their legal status compounded by low income, lack of health insurance coverage, and fear of coming out to mental health practitioners. This makes community support even more critical.

Within our Black undocumented community there is amazing resilience and power.

That community support is what helps Khadijah survive. She is surrounded by a community of undocumented friends with whom she does not have to hide any part of herself, can find laughter, and a give her a place to lay down her burdens. Within our Black undocumented community, despite being cloaked in panic and pain, there is amazing resilience and power. Our survival is political, and we do not shy away from that. But to continue our resistance, we must also work to heal. And in the words of the Black immigrant poet Warsan Shire, “if we’re gonna heal, let it be glorious.”