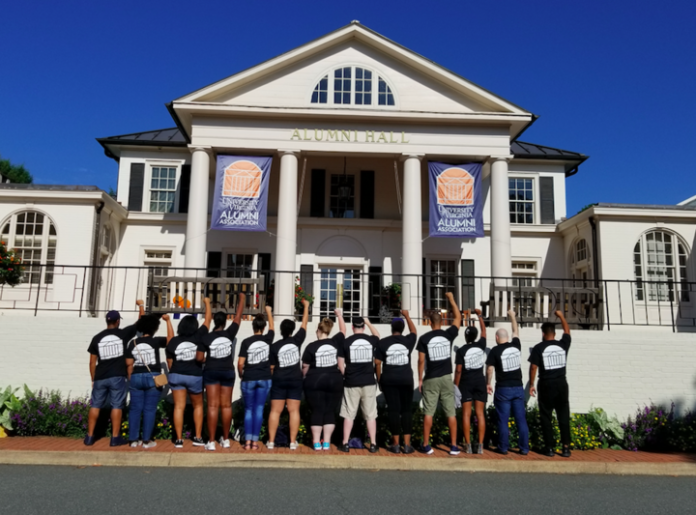 A group of black graduates from the University of Virginia were so rattled by the recent white supremacist-led march on the school’s grounds that they rallied together to take meaningful action against it.

Quentin Washington, an alumnus of the school, told HuffPost that he and a small group of graduates decided to bring together other UVA alumni and return to the school on Friday to show their support to new students and stand in solidarity against the acts of hate that unfolded the week prior.

“My first concern was to make sure these kids were safe and felt supported, to let students know that we’re here and we care,” Washington told HuffPost on Monday.

Washington, a 2004 black graduate of the school who studied mechanical engineering, said he and nearly 100 alumni arrived on campus Friday, which marked the beginning of “move-in” weekend for freshmen.

Washington said two of his fellow alumni, Cameron Webb and Gregory Jackson Jr., returned to the school earlier in the week to check in on matters at the campus. Washington then reached out to other graduates, and they collectively decided that the weekend would be a great time to have more alumni head to campus and show support to new students, who may feel apprehensive or worried about starting classes in light of the terrorism that occurred in the city just days before.

It was the first time alumni had ever returned to help incoming freshmen move in, Washington said, marking a memorable moment for students as well as their parents, who he said were grateful for their presence.

“When parents realized we were alumni who were there to help, their guard went down,” Washington said. “We answered general questions students had and talked about our experiences when we were there.”

The school, which had a student population in 2016 that was just over 6 percent black, is no stranger to battling racism, Washington said. He shared some of the experiences he and other students of color had while on campus, including having to deal with frequent microagressions and racially charged comments white students would often make.

“We always felt safe, even though there were racial tensions,” he said. “The black community of students at the time was very tight and it was easy for us to come together.”

Washington said this is why he believes rallying support among alumni in such short time felt like a seamless effort. He said he and his peers all wanted to do what they could to help.

“Students were excited to see us,” he said. “We did some self-care practices, we brought back some cultural experiences. Hopefully we can keep this tradition alive.”

Washington said he helped to write a letter on behalf of concerned black alumni that was addressed to the incoming class of 2021; the letter fully condemned the white supremacist march and shed light on the real dangers of racism. Each alumnus who returned to the school this weekend also wrote personal letters to students, which they delivered during a reception on Saturday.

Students and alumni attended a special memorial service for Heather Heyer, the 32-year-old paralegal who was killed last week when a white supremacist drove his car through a crowd of counter-protesters.

“I’m almost at a loss for words,” Washington said, reflecting on the sense of community he felt this weekend.

“I met so many black alumni that I never met but we shared this one weekend together in service and became so close,” he added. “It was a valuable experience all around.”

Washington said he plans to return to the school in coming months to speak to students about inclusion and how to take a stand against racism.

“Activism was something I did a lot of while at UVA,” he said. “It felt good to go back, over 10 years later, with more resources, more experience, more reach … we felt like a family the entire weekend.”