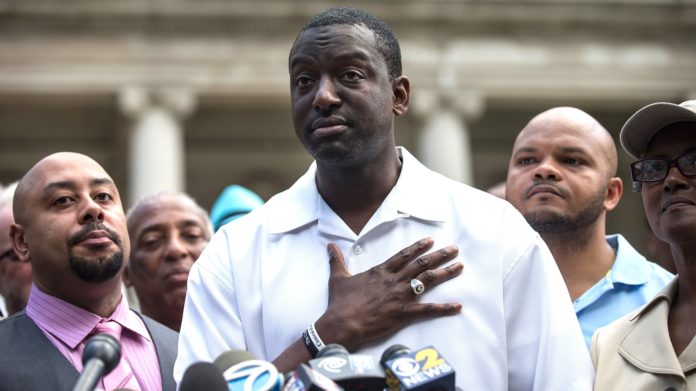 Yusef Salaam, a member of the Central Park Five, campaigned for Hillary Clinton and used his own experience to warn against Donald Trump’s judgement.

“Had Donald had his way, I’d be dead,” Salaam said before going on: “Donald Trump still stands on the side of injustice when it comes to the Central Park Five. We were found to be innocent by DNA evidence and the confession of the real criminal in the case. [Trump] still wants us to be guilty, and he can’t even afford us an apology.”

He compared the election to Daylight Savings Time as well, saying, “Today we set our clocks back. On Tuesday, let’s not set our country back 50 years.”

In 1989, Salaam and four other young men were accused of brutally raping a jogger in Central Park. At the time of the case, Trump took out a full-page ad to call for the death penalty to be reinstituted and for the Central Park Five, as the young men came to be called, to be executed.

All five were released from prison in 2002 after DNA evidence proved their innocence, but Trump has stated that he still believes that they are guilty.