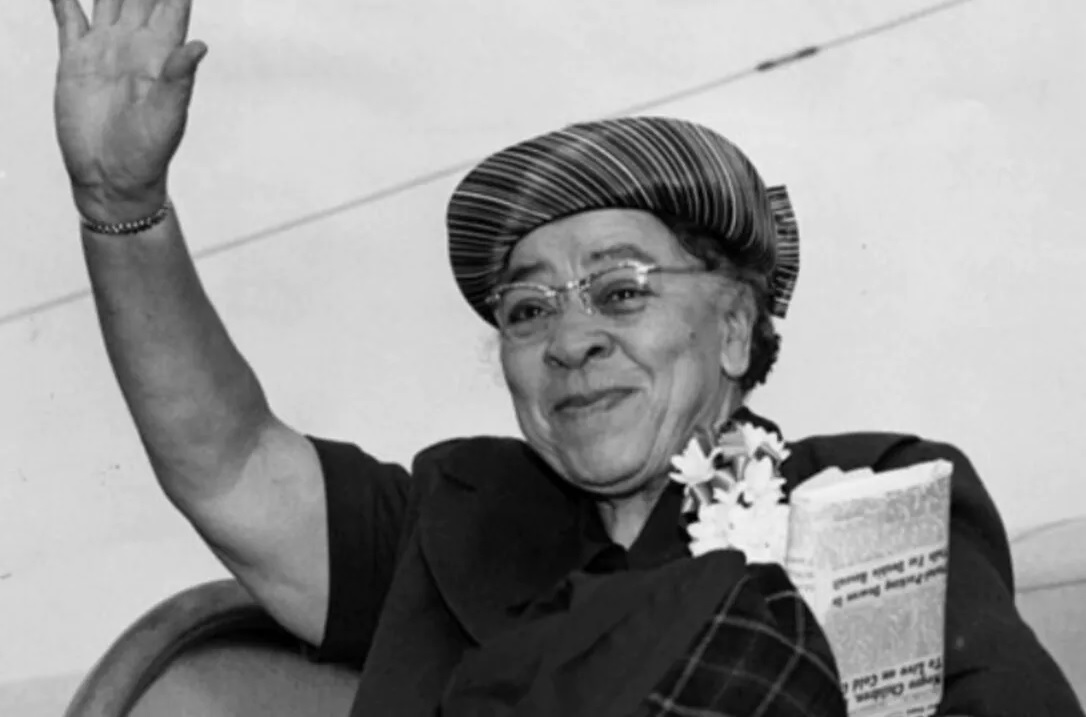 Bass, a political activist and journalist was the first African American woman to solely own a newspaper, The California Eagle. She ran for VP of the Progressive Party in 1952 alongside Vincent Hallinan in the longshot bid.

“This is a historic moment in American political life,” Bass told the crowd at the Chicago convention. “Historic for myself, for my people, for all women. For the first time in the history of this nation, a political party has chosen a Negro woman for the second-highest office in the land.”

Bass began her career as a conservative Republican but her politics changed by the 1940s. She became more progressive but ultimately abandoned the Democratic party because of its failure to address the concerns of Black and women’s rights.

She noted the historic nature of her bid in her acceptance speech.

“Those who have been in the front line fighting for peace and justice and equality everywhere, how they must rejoice in this great understanding which here joins the cause of peace and freedom.”

Bass knew that their chances were slim but she was undeterred. The campaign slogan explained: “Win or lose, we win by raising the issues.”

Hallinan and Bass only received 140,000 votes in their losing effort to Dwight D. Eisenhower, who won in a landslide. Nonetheless, her name was invoked on Tuesday as another woman who made history when Harris was picked to be Joe Biden’s vice president. 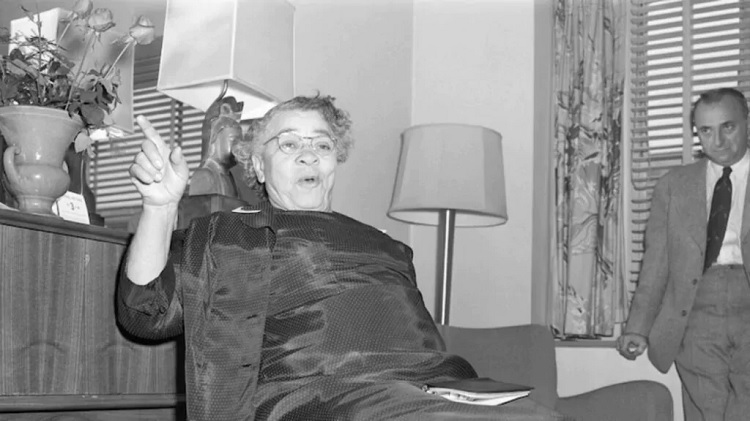 “I don’t think you can understand how we got here in 2020 if you don’t appreciate the way in which Black women have built this moment,” Jones told The Washington Post. “Kamala Harris doesn’t just drop from the sky. She’s a political figure whose career is very much linked to a history.”

Jones maintains that Bass is just as much of a prominent figure in the historical context of Black women running for office as Fannie Lou Hamer and Shirley Chisholm.

“To my mind, it makes Kamala Harris all the more admirable in her accomplishments, because they are so hard-won,” Jones said. “Charlotta Bass is not a detractor. To the contrary, it shows how far we have come.”

There was also another link to Harris and Bass beyond their ambition and symbolism. Forty years after Hallinan failed to win the presidency, his son Terence won two terms as San Francisco’s district attorney. Despite his pledge to be the city’s most progressive DA, there was an upstart who felt she could do better.

Her name was Kamala Harris and she unseated him in 2003.