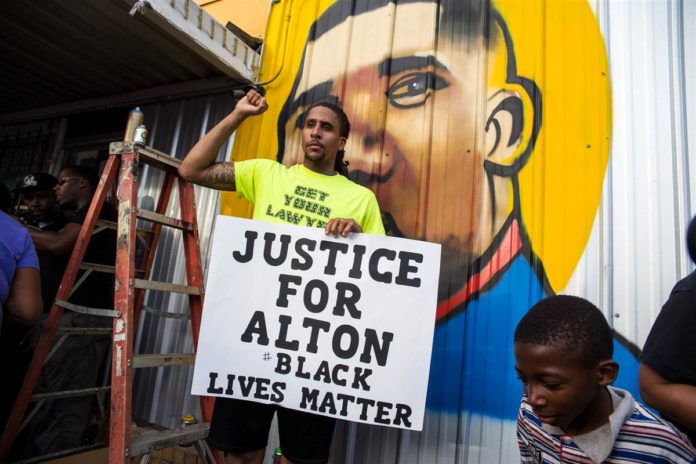 n March 27, it was decided that the two Baton Rouge officers who shot and killed Alton Sterling would not be charged. Sterling was fatally shot on July 5, 2016 after police were called to a convenient store to investigate reports that a Black man in a red shirt threatened customers. Once officers Blane Salamoni and Howie Lake II arrived, a confrontation ensued and Sterling was killed. He was 37 years old. Louisiana Attorney General Jeff Landry said the cops acted in a “reasonable and justifiable manner.” Blane Salamoni was terminated from the Baton Rogue police department on March 30, but he is appealing the termination.

Now it has been reported that Salamoni was charged with battery in an unrelated case. The New York Post reports, “Sgt. Don Coppola, a spokesman for the police department, confirmed Monday that a summons for a simple battery charge was issued to Salamoni. Coppola said he couldn’t immediately release any additional details about the charge.” Simple battery is punishable by up to 6 months in jail and a $1,000 fine.

Although there aren’t details about the charge, Salamoni’s lawyer said, “Mayer said he believes police officials are using the battery case to influence Salamoni’s appeal. He said the police department apparently has known about the body camera video of the incident for nearly two years.” Does this mean the battery charged happened while  Salamoni was on duty? If that is the case, how despicable that the officer who helped to kill a man, had another battery charge against him and he is still on the streets?

As Alton Sterling’s aunt, Veda Washington-Abusaleh, said outside of the courthouse in March, “He was murdered by two white racist police officers. He was murdered like an animal.”