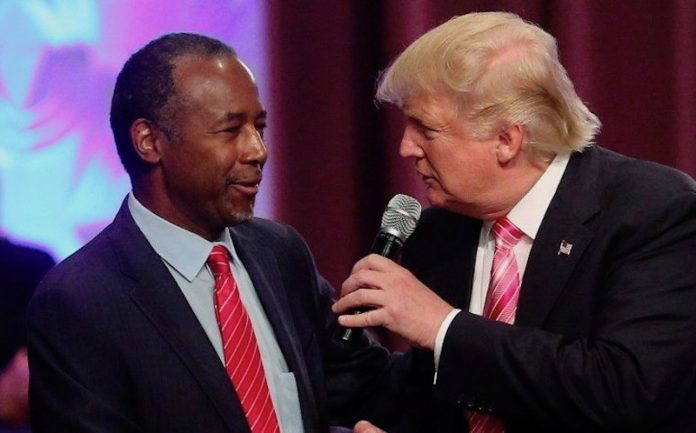 Morris is of the opinion that the president-elect took time for a 20-minute meeting with Kanye West — who he described as a “friend” and a “good man” — because he’s trying to attract black folks who have greater power and influence. Following their meeting, West took to social media to explain how they discussed bullying, schools, and violence in Chicago, where West grew up.

“I feel it is important to have a direct line of communication with our future president if we truly want change,” West posted on Twitter after the meeting. West was a warm-up act. The same afternoon, Trump met with retired NFL legends Jim Brown and Ray Lewis, in a meeting reportedly brokered by the Rev. Darrell Scott, a Cleveland Heights pastor and longtime Trump supporter.

“Urban development and job creation are everything,” said Ray Lewis, who retired from the Baltimore Ravens after the 2012 season.

“What we believe with the Trump administration is if we can combine these two powers of coming together – forget black or white. Black or white is irrelevant. The bottom line is job creation and economic development in these urban areas to change the whole scheme of what our kids see,” Lewis said in a CNN interview.

Many A-list African-Americans have been quite critical of blacks who agree to sit down with Trump and his cabinet of bigots. Morris notes that even Essence Magazine weighed in with the following banner headline after Trump’s meetings: “What is going on?! Ray Lewis and Jim Brown meet with Donald Trump: Kanye West isn’t the only person making questionable decisions.”

Morris wonders if “Trump is trying to grow the GOP’s base with African-Americans or at least find more effective ways to communicate with them.”

Is Trump playing six degrees of black folks with a mentally ill rapper and a has-been athlete until he navigates his way to the top of the black power pyramid?

More importantly, who are the top dogs in black Hollywood and politics: Oprah, Tyler Perry, Will Smith, or that guy in New York who thinks the “rent is too damn high….????

Meanwhile, Trump has twice thanked blacks for NOT voting in large numbers, leaving many to now wonder just how he intends to reach black audiences, without the help of rappers and retired football players?