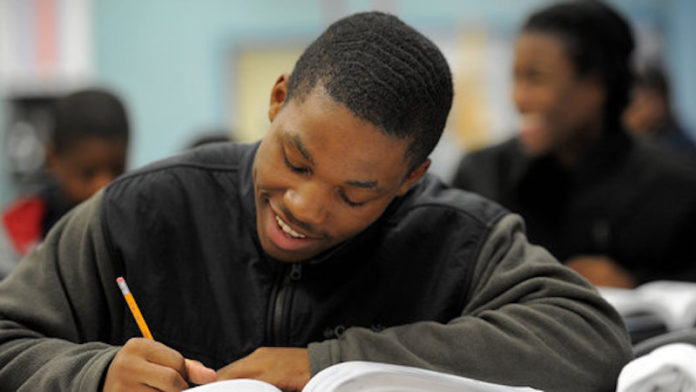 Only 57 percent of Ballou High School seniors graduated in the last academic year. But this year, its entire senior class has applied to college.

The predominantly black D.C. public school has never had its entire class apply to college, but this particular ambitious group of seniors changed that trend when they collectively established that they would apply. Some of the students in the class of 190 have applied to as many as 14 colleges.

Ballou High says this year for the first, every high school senior has applied to college. The story on abc7 news@4. pic.twitter.com/QBUlO1nBho

Located in one of D.C.’s poorest neighborhoods, Ballou has long held a negative reputation in the city making it unappealing to a number of potential students. D.C. is among a number of public schools in inner cities that require its students to apply through a school choice lottery. According to The Washington Post, a large number of students that begin their education at Ballou end up dropping out.

“There are some schools and communities where college is an automatic next step. There is no celebration,” Reeves said. “Our kids don’t get that same message. We are trying to create an environment where going to college is what Ballou does as well.”

Ballou college and career coordinator Jamanda Porter is receiving some of the credit for the rise and student morale.

“We are meeting our students where they are, but we are pushing them to higher expectations,” Porter told the Washington Post.

Many of these students will be the first of their families to attend college.