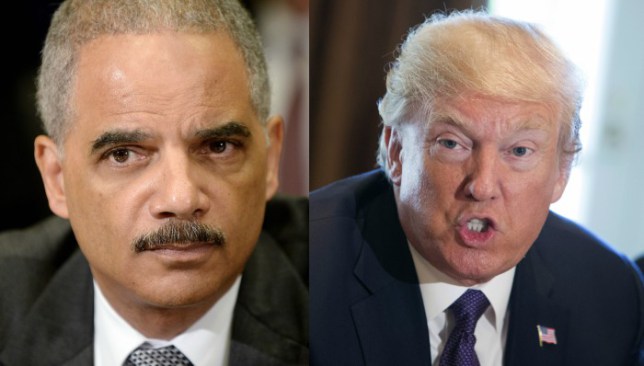 “Stop the damn lying – you’re the President. I went to Dover AFB with 44 and saw him comfort the families of both the fallen military & DEA,” Holder wrote on Twitter after Trump made the claim.

Holder also appeared on CNN’s “The Lead” with Jake Taper, where he reiterated the criticism of the president’s claims.

“Mr. President, you’ve crossed the line there. And I understand you’ve got a tough job. I generally hold my powder. But that was a line you crossed. It was an unfair thing,” Holder said, addressing Trump directly in the interview.

He then went on to add, “President Obama, you know, spent a great deal of time dealing with those issues, interacting with people who had suffered those kinds of losses. Relatives of people who had suffered those losses. And to imply that President Obama was not appropriately sensitive, not appropriately involved was something that I was simply not going to allow to go unaddressed. That made me mad in a way few other things have.”

“Stop the damn lying because it was a damn lie,” he concluded.