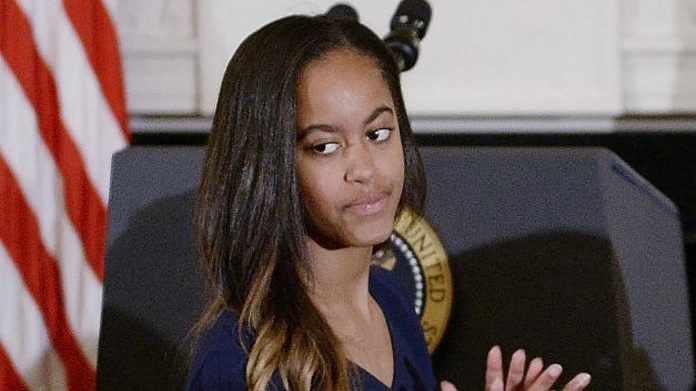 Life must suck when you are a grown person who wastes your life behind a computer spreading fake news about a 19-year-old girl who is at Harvard. This is the case for Christopher Blair, who runs a Facebook page called America’s Last Line of Defense. His page, which we will not link to, reportedly began spreading a lie over a superimposed photo of Malia Obama with a quote that read, “White people are so 1960s. Sometimes the only thing that keeps me going is the fact that they will be blended out by the time I am 30. Imagine a world without white people.”

Of course, other pro-Trump sites picked up the meme, like Only Politics, which “reported” she had been suspended from Harvard for writing a paper, their headline read, “Malia Obama suspended after racist anti-white attack goes viral.” The story quoted a dean at Harvard named Cain Markholder, saying, “This sort of attack against any race is uncalled for. Ms. Obama has been informed she is suspended pending an investigation into her statement.” No one by that name is a dean at Harvard.

As if we have to tell you, both PolitiFact and Snopes confirmed this was all fake news.

Clearly,  these Trump supporters need to worry about their healthcare, crops drying up because immigrants are not able to work, a horrific tax bill, their president breaking campaign finance laws, or a billion other issues — not Malia Obama.