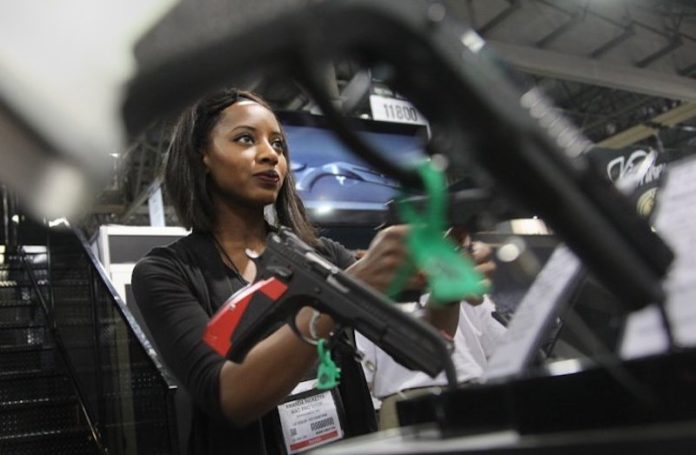 Gun storeowners are reporting that since November 8, they’re seeing up to four times as many Black and minority customers —and Black gun groups are reporting double the normal number of attendees at their meetings since the election.

Racial tension was already at a high during the election, with a spate of videoed shootings and deaths of Black men by police officers, followed by ardent protests and the fatal targeting of white police officers. From Ferguson to Chicago to Baltimore, African-Americans felt targeted and angry, sending marchers into the streets and communities on edge.

And Donald J. Trump’s surprise victory in November has done nothing to abate the racial violence — it even seems to have encouraged more open displays of hatred. More than 700 instances have already been reported to the Southern Poverty Law Center just since November 8, and LGBT hotlines are seeing an “all-time peak” in calls from people reporting harassment.

October saw 2.3 million FBI background checks for gun sales, an all-time record; and the 18th month in a row to set a new high. November could be on pace to break that.

But while gun company stocks and firearm sales saw a run-up before the election — based on fears a Hillary Clinton victory would result in increased gun-control measures — shares in gun companies fell as much as 20 percent after Trump’s win.

Michael Cargill, the owner of Central Texas Gun Works in Austin, says he had given up on advertising to African-Americans — but now he’s seeing as many as 20 a month, and they’re filling up his training classes; along with Muslim, Hispanic, and LGBT patrons with heightened worries about being targeted.

Black gun owner groups are seeing an uptick too, led by African-American women. They report receiving an increased number of emails from across the country from concerned minorities looking to learn more about gun safety, training, and firearm access.

Philip Smith, founder of the 14,000-member National African American Gun Association said his members are buying up every kind of gun, from Glock handguns to AR-15 rifles to AK-47 semi and automatic weapons — though most first-time buyers gravitate toward a nine-millimeter pistol or .38 revolver. He said that twice the usual attendees have RSVP’d for the next meeting of the Georgia chapter, which he heads.

“Most folks are pretty nervous about what kind of America we’re going to see over the next five-ten years,” he said.