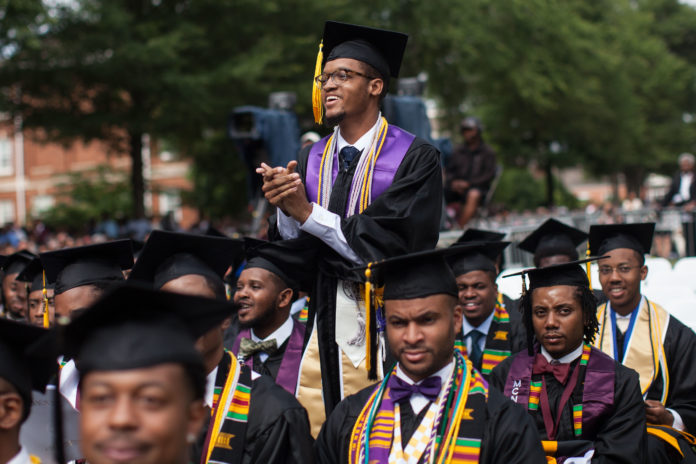 On Jan. 9, the remedial portion of litigation brought by a coalition of former and current HBCU students against the state of Maryland will begin.

In October 2013, District Court Judge Catherine C. Blake ruled in favor of the Coalition for Equity and Excellence in Maryland Higher Education, saying Maryland had violated the U.S. Constitution by perpetuating a segregated higher education system through the practice of program duplication.

“This case is about bringing long overdue racial equity to students enrolled at HBCUs and for the prospective students not yet enrolled in those schools who are seeking access to equal educational opportunity,” said Kristen Clarke, president and executive director of the Lawyers’ Committee for Civil Rights Under Law, which represented the Coalition, in a press call Jan. 4. “The court made clear the state’s obligation to eliminate vestiges of discrimination and found that that obligation includes more than efforts to diversify its traditionally White institutions but also an affirmative obligation to address the racial segregation that persists today at HBCUs, segregation that is the results of its very own unconstitutional policies and practices.”

Judge Blake had ordered the plaintiff and the state to enter into mediation and decide upon remedies to address the state’s long-term violations. When those talks failed, the parties were ordered to submit individual proposals—the state’s ideas were found to be inadequate.

“What the state used that two-year period to do was essentially delay coming up with a good-faith remedial plan along the lines that the judge had prescribed,” said Michael Jones, co-lead counsel for the Coalition and partner, Kirkland & Ellis LLP.

But delaying true reform of ongoing segregation in higher education is an approach Maryland has long taken, with “at best, benign neglect” of its obligations and “at worst, outright hostility and foot-dragging,” Clarke said.

Over the decades, several blue-ribbon commissions have studied and pointed out the state’s failure to eliminate the dual system of education and provided recommendations for its correction—solutions that were ignored. The state also failed to live up to a 2000 agreement with the U.S. Department of Education’s Office of Civil Rights.

“The state made many, many commitments to develop [HBCUs] into viable centers of excellence but never did,” said Earl Richardson, president emeritus of Morgan State University. “And so that’s what we’re striving for, such that the state of Maryland becomes the leader in terms of at last achieving an integrated and complementary system of higher education.”

The attorney conceded that the cost of correcting program duplication and the resulting segregation would be “not insignificant.”

To address the ongoing segregation, the Coalition has proposed creating “programmatic niches” at the state’s four HBCUs that “build on existing institutional strengths and to further create institutional identities that would be successful in attracting students of all races,” Greenbaum said.

The group has also called for the process by which new programs are developed and approved by the state’s higher education authority to be changed to ensure duplication and disparities don’t occur. And, for a person or group of persons to be assigned to monitor whatever remedies Judge Clarke orders.

An ideal outcome of the case, Greenbaum said, would be for “the court to order the development of these niches at each of the four school [and] create the structure and financial support and facilities necessary to make sure those programs are successful…. And having the state affirmatively dismantle this dual system.”