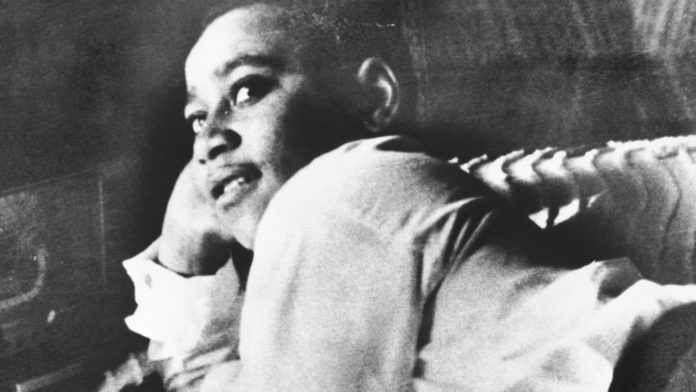 It was earlier this year that Carolyn Bryant Donham, the white woman who testified that Emmett Till made verbal advances toward her, admitted that she lied. Now, the revelation has the Department of Justice considering a move to reopen the investigation into the murder of the 14-year-old Till in 1955 in Mississippi.

During an interview with author Timothy Tyson for his book “The Blood of Emmett Till,” the 82-year-old Donham recently admitted that she made up the whole story that led to Black teenager’s brutal murder.

Till’s cousin Deborah Watts said that during a meeting with her and civil rights activist Alvin Sykes, Attorney General Jeff Sessions told her “no one gets a pass” saying that he would like to look into the unsolved civil rights crimes.

Till was heinously beaten and shot in the head by Roy Bryant and J.W. Milan after Bryant’s wife Carolyn Bryant (now Bryant Donham) said Till whistled at her and touched her in the Mississippi store the family owned. Till was visiting from Chicago.

Three days later, Till’s disfigured body was found attached to a cotton gin floating in the Tallahatchie River. Till’s mother Mamie memorably kept her son’s casket open at his funeral so that thousands were able to see the brutality of the killing. The murder sparked outrage, protest and a spark in the Civil Rights Movement.

Carolyn Bryant was 21 at the time. After her testimony, Bryant and Milam were acquitted after less than an hour of jury deliberation. A year later, the pair confessed to the murder but we were never charged again.

Donham told Tyson “Nothing that boy did could ever justify what happened to him.” Donham, who also lost one of her son’s said that she felt “tender sorrow” for Emmett Till’s mother.

After the confession, Congressman Bennie Thompson, D-Mississippi, wrote a letter to the Assistant Attorney General Thomas Wheeler in February asking him to reexamine the case.

Thompson’s letter said that Donham admitted that she “fabricated the interaction with Till while under oath during the trial of Till’s murderers.” The “false statement holds liability for the death of Emmett Louis Till” and “affords the Department of Justice the opportunity to bring some justice to an innocent 14-year-old boy.”

In a letter back to Thompson, Wheeler wrote: “the Department is currently assessing whether the newly revealed statement could warrant additional investigation.”

But Wheeler was careful to admit that the process would not be easy.

“We caution, however, that even with our best efforts, investigations into historic cases are exceptionally difficult, and there may be insurmountable legal and evidentiary barriers to bringing federal charges against any remaining living persons.”

The Till case was reexamined in 2004 and his body was exhumed in 2005 but a jury decided not to indict because, after 50 years, the statue of limitations had been exceeded.

But in 2016, President Obama expanded a 2008 order from President George W. Bush that gave government agencies the ability to reopen investigations into civil rights era cases.

Till’s cousin, Deborah Watts, said that she and her family want this case and other civil rights cold cases to become a priority for the Justice Department.